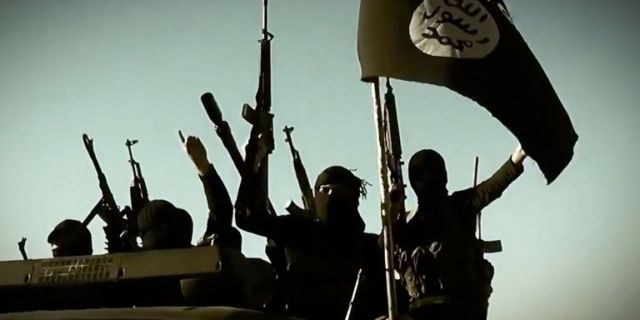 There is an ISIS Syndrome metastasizing right under our nose. A recent Al-Jazeera non-scientific poll of over 56,000 Sunni Arabs showed that 81% sympathized with ISIS. American interests and lives have never been in so much danger. Here is why we should not be shocked by these results.

When it comes to foreign policy, rhyme and reason in President Obama’s White House are driven by ideology and lack of knowledge. A goal is set based on ideology and a strategy, riddled with ignorance, is implemented. Obama’s Syrian policy has stripped this reality naked.

In a nutshell, Obama’s first, larger-than-life mistake was to ignore the moderate forces willing to fight against the anti-American Assad regime when the Syrian Uprising began on March 15, 2011. He doubled down on that mistake by belittling the moderate opposition publicly, which opened the door ajar for extremists to fill the vacuum left behind by the moderates now weakened as a result of Obama’s personal attacks against them.

To make things worse, Obama ignored the Assad regime atrocities, which fed the extremist ranks with willing and able terrorists from 80 different countries.

To say that Obama’s Syrian policy started badly and will end-up costing American lives in the future is like saying Santa Claus can’t find his way down a chimney.

Never in the history of conducting American foreign policy has so few ignored so many warnings resulting in so much danger to deal with internationally and domestically.

Historians cannot possibly be kind to Barack Obama’s ISIS Syndrome or they will lose all credibility when it comes to the way he has conducted his foreign policy with the help of inexperienced and obtuse national security team.

When ISIS could no longer be ignored because of its success in recruiting Western-based Sunnis to fight in Syria, Barack Obama and his inexperienced national security team quickly developed a single-dimension strategy that, had they listened to Saudi Arabia’s Prince Saud al-Faisal, at the time he was the Saudi foreign minister, they would not have implemented.

The strategy developed was to strike ISIS, in a limited fashion, in Syria and Iraq after the terror organization formed the Islamic State and began its crusade to conquer more territories in Syria and Iraq, and after beheading James Foley and Steven Sotloff.

Many foreign leaders and Senators pressed Obama to also strike the Assad regime simultaneously so as not to appear as if taking sides in Syria’s war. Obama is so arrogant he ignored them all.

The moment the strikes against ISIS began in 2014, every Arab Sunni knew that ISIS will get stronger, recruit more people, and most importantly have more sympathizers in the Sunni Arab world numbering around 350 million Sunnis.

We wrote about exactly this issue in these articles Sunni Anger Comes in Two Distinct Flavors, Sunni Terror Will Abet Only When The Mullahs Are Defeated, Dumber Than Dumb, Falafel 2015 Predictions, The Invisible Sunni Heat Against Obama, Of Vacuums And Mass, The Gates of Hell, Assad is to Syrians What AQ is to America, and Striking ISIS and Assad.

TFS wrote no less than nine articles predicting the ISIS Syndrome because of Obama’s policies.

Today, the perception among the Sunni Arabs is that America is siding with Shiite terror against Sunnis in general. A Shiite leader gasses his own people and Obama stands down, but when Sunni terrorists respond, America strikes immediately with force.

Furthermore, the fact Obama consulted with Congress to evade bombing Assad and disregarded Congress when ordering airstrikes against ISIS fed into the perception that Obama has declared war on Arab Sunnis.

Yes, there is an ISIS Syndrome represented by the anger of tens of millions of Sunni Arabs Obama has started with his bad strategy of striking Sunni terror and ignoring Shia terror.

Because of the absolute ignorance of Obama’s national security team on matters dealing with history in the region, America is now perceived by Sunni Arabs as fighting their religion. Then, from a bad strategy, Obama doubled down when he ignored the Chlorine Gas attacks Assad continued to conduct in spite of international pressure. His bad strategy now was twice as harmful to Sunnis.

During a meeting with all the Sunni Arab leaders at Camp David, Obama answered a question about chlorine gas by saying:

“Chlorine itself is not listed as a chemical weapon.”

With these words, in the presence of Arab Sunni leaders, Obama sealed his reputation as someone who is battling Sunni Islam by giving the green light for Assad to gas Sunni civilians even more, which Assad has continued uncontested. Obama’s words turned his first bad strategy of only striking ISIS into a deliberate strategy of striking Sunnis. To Arab Sunnis, Obama has declared war on them.

A poll whose results are that 81% of Sunnis sympathize with ISIS is also a poll against America and its policy in the region. By sympathizing with ISIS, Sunni Arabs are sending the message to Barack Obama that siding with the terror of Shiite Iran and Assad of Syria at the expense of innocent civilian Sunnis comes with a hefty price. The ISIS Syndrome was created by Obama, is being fed by Obama, and will live long after Obama leaves office.

Moreover, Obama refusing to create a No-Fly Zone to protect the Sunni civilians only feeds the fire of the ISIS Syndrome.

To this day, no one in the White House fully understands the ISIS Syndrome they created. Soon, someone else will inherit their mistakes of repairing the damage, which will take more than removing Assad from power.

Syria today has the worst Muslim terrorists in the world many of whom did not exist until Obama’s policy gave them life. To believe that we will defeat these terrorists with air strikes or building coalitions or political correctness is as naive as it is dangerous. Obama’s legacy is shrouded with black flags, chemical weapons, and the arrogance to ignore both.

Final note. No one speaks for the Arab street but the street. Most Sunni Arab leaders are disconnected from it and most Western intelligence analysts, if not imbued with history, culture, and traditions of that street will always fail to predict its direction.

ISIS is now reflecting the views of the Arab street because Obama drove Sunni Arabs into its lap.

This is Obama’s ISIS Syndrome he created.