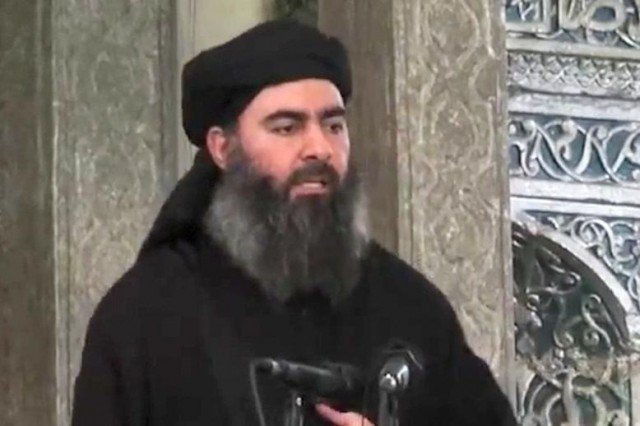 Sunni Terror Will Abet Only When The Iranian Mullahs Are Defeated

Sunni extremism and terror are rising because of Obama’s policies towards Iran. He treats Shia terror killing Sunni civilians in Syria with respect (His letters to Khamenei), then strikes Sunni terror (ISIS) responding to Shia terror. In the eyes of Sunnis in the Arab world, Obama is out to destroy Sunnis by siding with the Shia of Iran.

Just in case you wondered why ISIS is threatening to strike us here at home now.

It is Obama who drove them here. In addition to his deputy national security adviser genius, and the architect of today’s Middle East, Mr. Ben Rhodes. Rhodes experience in foreign policy is a master’s degree in creative writing. Lucky America to have him forge U.S. policy in the most volatile region in the world. Someone needs to send a text message to Obama that begins with WTF.

Maybe Ben Rhodes thinks the Middle East is a novel he can write.

As long as the Muslim Sunni perception persists in the fact that Obama is protecting Shia terror by striking ISIS without striking Assad, America will never be able to destroy Sunni extremism. Its adherents will keep coming as long as Iran and Assad are loose killing Syrian women and children with their chemical weapons and barrel bombs.

The U.S. killed 170 ISIS jihadis in a 48-hour period, and although this should come as good news, the truth is it won’t make a dent. You have to kill millions of Sunnis to stop ISIS, or what may follow, if ISIS is defeated. The number of Sunni sympathizers run in the millions.

The American people are just clueless of the damage Barack Obama has caused. They still cannot see the relations between ISIS and Assad or ISIS and Iran. Sunni terror will abet only when the Iranian mullahs are removed from power. Their expansionism and terror have triggered a retaliatory response, which, by all accounts, can only be confronted the same way Iran is confronting Syrians: Sheer terror.

To this day, the simplicity of this logic still evades Ben Rhodes as he, Susan Rice, and above all Barack Obama, pursue a deal with Iran like a sailor pursues lust after the docking of his ship.

Sunni terror will abet, abroad and here at home, only if Barack Obama views the actions of Iran as harmful to the long-term interests of the region. As long as our president views Iran as the solution, Sunni extremism, no matter the acronym it uses, will only grow to counter the Shia terror of Iran.

Hezbollah killed hundreds of US soldiers (Marine barracks Beirut 1983). ISIS beheaded two American civilians. Yet, America ignores Hezbollah for tens of years and strikes ISIS days after it committed its atrocities. It is all about Sunni perception.

Sunni terror will abet only when America fights its wars fairly and against ALL terror, not just the seasonal one.

Sunni Terror Will Abet Only When The Iranian Mullahs Are Defeated