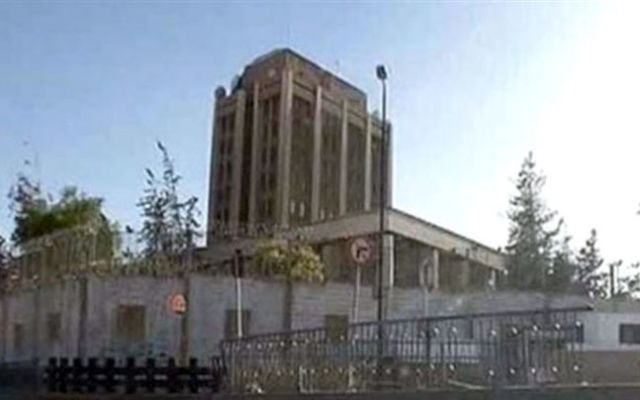 The Russian embassy in Damascus was under attack on Tuesday, along with other areas of the Syrian capital, leaving five people wounded.

Ten rockets were launched near the embassy in al-Mazraa neighborhood, and also in al-Maliki and al-Mezza districts and al-Gahez park, activists on the ground reported.

The Russian Embassy attack on the capital Damascus came after some 300 rockets were launched on Monday against areas under government control in Aleppo. The rocket attacks killed 33 civilians and wounded 190 others, according to SOHR’s estimates.

Staffan de Mistura, UN special envoy to Syria, is currently visiting Syria to inform the authorities of the result of the negotiations taking place in Geneva between various parties involved in the conflict. TFS believes these negotiations will lead nowhere because the U.N. has been set to fail to solve Syria.

It is not known whether the international mediator Steffan De Mistura, who met with Syrian Foreign Minister Walid al-Mualem on Monday, will meet with Assad.

Syria has been the epicenter of a conflict that has caused over 300,000 deaths since mid-March, 2011 with no side claiming total victory.