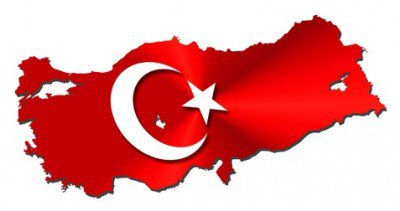 Syria and Turkey share more than an 800-km border. They also share a culture, a religion, and most importantly respect for each other’s history. Both countries experienced turmoil, greatness, and societal paradigm shifts that disturbed and uprooted their people and cast doubt on their belief systems.

More recently, the country has extended a hand to the Syrian people like no other in the world by opening its borders to Syrian refugees. At last count, there may be upward of 2.5 million Syrian refugees inside the Turkish territories on the Syrian borders.

For this gesture of kindness and great humanity, Syrians will always be grateful and thankful to this Turkey. A country that is straddling Europe and the Middle East with a keen ability to influence both.

Syrians struggle between the human side of Turkey and the stern aims of its religious establishment. We all would like to see the Turkey of yesteryear, fully tolerant and where religion is not a political tool for greater powers.

No other country is protecting Syrian civilians like Turkey. The U.S. has turned its back on Syria’s civilian population. Europe welcomed them at a great social cost. Assad and his allies massacred them. But Turkey remains steady in its resolve to protect the Syria’s helpless women and children. If Assad has not dared stack the province of Idlib today home to some 3 million civilians, it is because Turkey took a strong stand lobbying all parties concerned for their safety.

Many of the Syrian refugees living in Turkey today would soon return to Syria. Unlike the Palestinians facing Israel backed by the United States, Syrians are facing Assad backed by Iran and Russia. Two backers who are fledgling and economically weak.

When Syrians free their country from the barbaric grip of the Assad family, we hope to be able to repay Turkey with construction contracts to rebuild the country. The same goes for any country that helped the Syrian people. We are grateful for your benevolence and generosity.