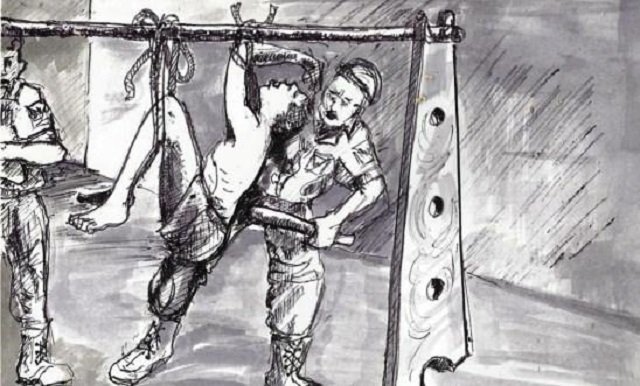 September 25, 2012 6:50 pm 0
Two Reasons Why the West is Not Acting on Syria
Iran vows to step up fight against Syrian civilians
Obama ignoring terror to please Iran

We are truly appalled by the silence of the international women organizations over the horrific sexual rape and abuse Syrian women have been subjected to by the Assad regime. Assad men torture women by inserting live rats in their vagina, yet silence from women’s organizations.

With the exception of the courageous work of “Women Under Siege Project” and the good work of Human Rights Watch and Amnesty International with regard to women and children in general, not one North American NGO has raised its voice in support of Syrian women being systematically raped and abused by the savage men of the Assad regime. As far as they are concerned, Syrian women are not really women at all.

BBC just reported on more and more stories to emerge out of Syria showing how sex is being used as a weapon by the Assad regime:

Another witness, a woman, told me she had been held for two months in the notorious Palestine Branch of Military Intelligence in Damascus – a building bombed by rebels last May.

The woman was arrested at a checkpoint in Homs late last year.

As part of the torture, she alleges, rats and mice were used by interrogators to violate women. She described an assault on another prisoner which she says she witnessed.

“He inserted a rat in her vagina. She was screaming. Afterwards we saw blood on the floor. He told her: ‘Is this good enough for you?’ They were mocking her. It was obvious she was in agony. We could see her. After that she no longer moved.”

To call these men who subject helpless women to such horrific acts savages would be to honor them because they are in a sub-human category more associated with Neanderthals than Homo Sapiens.

You be the judge of their silence.

Assad Finger on the Panic Button
Salah-Eddine al-Ayoubi Army (Part 1)
It is not about the Alawites of Syria, It is all about Assad
Assad Prisons 52 Radicalism 567 Slippery Barack Obama 976 Syria News 1213 Syrian Revolution 1335 Weak Barack Obama 238