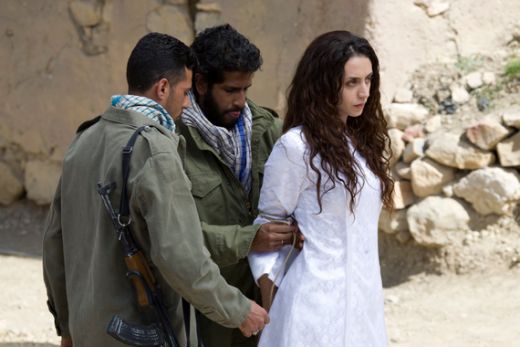 The bastards are stoning our women

January 30, 2015 5:36 pm 0
Israel’s Syrian Opportunity!
The Non-Punishable Terror of Car Bombs
Barack Obama’s war in Syria could be a sideshow

As if the civil war separating men from their wives and sons from their mothers is not enough suffering.

As if women, suffering from the Assad and the IRGC snipers is not enough suffering.

As if women huddled with their young ones in building with no shelters, becoming the target of indiscriminate barrel bombs full of nails and large steel pellets is not enough.

As if women starved to death by Assad and his thugs in besieged towns and villages, is not enough.

As if children, sent home to their mothers after torture and death by the Assad butchers is not enough.

As if giving birth, on cold floors, exposed to the harsh realities of a bitter winter is not enough.

As if being raped by the Syrian armed forces of the Assad regime, Hezbollah terrorists, and IRGC thugs is not enough.

As if being sold as slaves to octogenarian Arab men salivating over their youth is not enough.

As if being told to remarry against their will when there is no closure about the fate of their husbands is not enough.

As if nursing their dying infants from the many diseases afflicting the dirty Syrian civil war is not enough.

Now come the savages of ISIS stoning our women for trying to re-build new homes using the broken dream of another.

For gathering, our women also find death. The ugliest death.

In Syria, just for being a woman, death awaits you; if not by Assad, then by ISIS.

The bastards are stoning our women

Do you hear them complain much?

Do they come knocking on your door asking for help?

Do they appear in your dreams seeking justice?

Yet, we do not recognize them. We do not acknowledge their sufferings. We do not even want to know what has happened to them. They live in another world.

Please tell the world about the courage of Syrian women. Let their death not be in vain.

Remember them in your prayers.

[Tweet “Angelina Jolie, thank you for being a humanist who remembers and who cares”] [Tweet “Ambassador Samantha Power, thank you for fighting on their behalf @AmbassadorPower”]

The Bastards are Stoning our Women

Iran the cunning chameleon according to Harold Rhode
How Assad and Iran Are Deceiving America
Beware ISIS strategy that fortifies Russia, Iran, and Syria
Radicalism 567