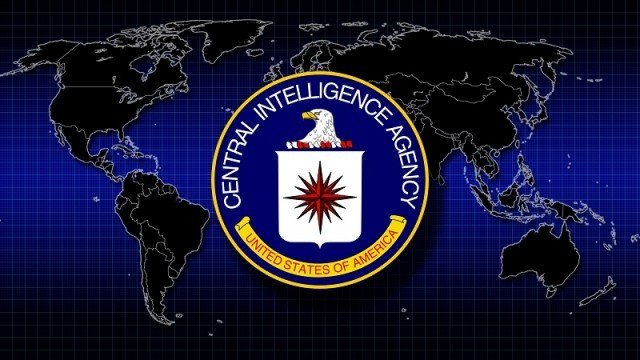 About eight months ago, a six-degree cousin of mine, with the same Ghadry name, called me from Syria on my cell (We interacted on Facebook before). A summary of the conversation went like this (Not verbatim):

“What is going on in America? They have killed Kennedy, why not Obama?”

I scolded him until I was red in the face. He turned out to be a turncoat, or maybe he was always one, for the Assad regime, and this was a trap call the regime hoped to share with US intelligence or the FBI. They tried such chicanery before and the regime failed at every attempt (Different scenarios).

The tidbit I am sharing in this Blog leads me to an article published in the Los Angeles Times entitled: “CIA intelligence gap hinders counter-terrorism efforts in Syria, Iraq”. As the title indicates, when Barack Obama pulled our troops out of Iraq, our intelligence suffered irreparable damage. The article confirms it.

The lack of reliable intelligence in Iraq is especially frustrating for the CIA given that the agency built a massive spying operation after the 2003 U.S.-led invasion and during the eight-year war that followed. But the agency closed most of its satellite posts and withdrew much of its staff when U.S. troops were pulled out at the end of 2011, leaving little direct intelligence from Anbar province and other areas where Islamic State now has established control.

The folly of isolationism in all its glory.

You would think the White House learned a lesson from all this, but I have my doubts. When the CIA suffers intelligence gaps like these, it puts all of us at risk.

Withdrawing too fast and too early from Iraq has caused the US multiple problems. For one, al-Maliki’s sectarian slicing drove our Sunni allies into the laps of ISIL, and now we come to learn that our intelligence has suffered considerably, and paralyzed our efforts to protect this country effectively.

In the past, the CIA relied, to a certain extent, on intelligence the Assad regime released in fragments about Islamists that could pose danger to the US. The effectiveness of this pipeline has suffered since the civil war.

This unusual sharing of intelligence between the US and a Russian agent country served, to a certain extent, our intelligence community. However, since the civil war, the Assad informers he planted in the Free Syrian Army and even in Jabhat al-Nusra have not been able to penetrate ISIL productively.

Not only have they failed, but ISIL has been able to deceive the CIA with their own tactics.

The militants already have learned to use counterintelligence techniques. In intercepted communications, Schiff (Rep. Adam B. Shiff, D-Burbank) said, intelligence analysts guard for both deliberately misleading claims and mistaken claims that people have been killed. “Even if you have a credible intercept, they could be deliberately trying to deceive you and sometimes they do,” he said.

ISIL has actually built a functioning Islamic State that includes counterintelligence services. Do you think Obama is thinking, “I should have assisted the liberal Free Syrian Army to remove Assad from power in 2011 before all this terror mess instead of deriding the rebel doctors, farmers, and pharmacists to our own peril?”

Cooperation between the CIA and Arab allies remains as strong because Arab rulers fear terror as much as we do; not so with Iran even though Obama is making a big mistake trusting the Iranians to honor any agreement. As long as Khamenei, or his ilk, are in power, Iran will always export terror anyway it can. In a way, our President is striking a deal with our worst enemies to fill the US vacuum abandoning the region. Obama could care less about our loyal allies, especially Israel being threatened constantly by Iran.

Let us take the region’s temperature since Obama came to power. Iran was terrorizing only in Lebanon, now it is terrorizing in or from three different countries and a strip of land (Lebanon, Syria, Yemen, and Gaza). Islamic terror had weakened considerably because of our continuous pounding, and now we have multiple Islamic groups and a functioning Islamic State that is attracting thousands of followers and threatening us as well as the whole region.