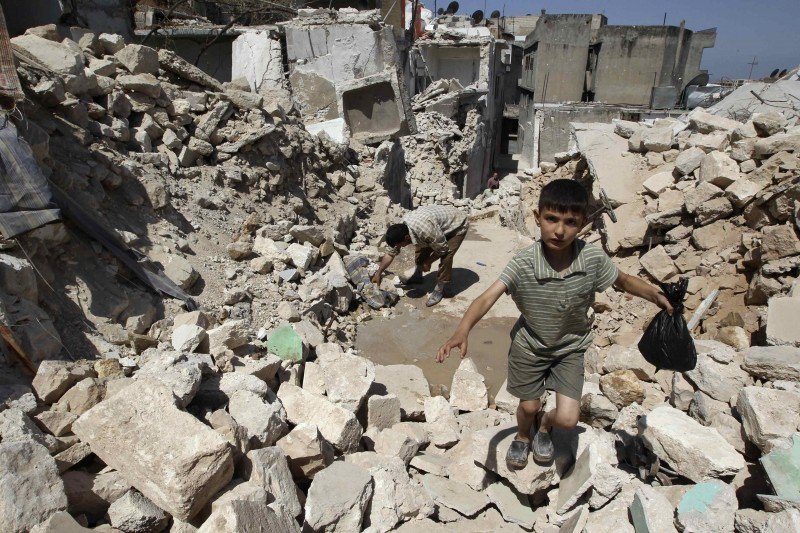 RPS Note: Finally, someone is holding Obama and his wizards at the NSC accountable for their pro-Iranian policies destroying America’s standing in the Middle East.

In asking Congress to authorize the use of military force against Islamic State militants, President Obama stressed the importance of showing the world “we are united in our resolve.” Demonstration of united resolve against blood-thirsty terrorists whose ranks, ambitions and territory have grown exponentially is important. But forging strategy to battle ISIS without also forging strategy to thwart Syria, Russia and Iran is a terrible mistake.

Although the President now highlights the brutality and aggression of the Islamic State, he still whitewashes the brutality and aggression of established states Syria, Russia and Iran, and still ignores the need for grand strategy to deal with them. When nation-states escalate weapons programs, enact egregious human rights violations, foment regional chaos and war, and plot against the United States and its allies, history tells us to take it seriously.

We must, therefore, take Iran, Russia and Syria, and the collusion between them, seriously. With the apparatus of the state at their disposal and the backing of each other, they are, potentially, an even greater threat to the “free world” than ISIS. Because they are terror sponsors and supporters, WMD in their control means WMD out of control, susceptible to being sold or given to fanatics who are willing to work for their cause. Moreover, working with the Iranian, Russian and Syrian regimes to address Middle Eastern problems and fight ISIS is a sure way to alienate Middle Eastern moderates and traditional partners.

Iran’s backing of terror groups in Syria, Iraq, Lebanon, Yemen and elsewhere; its uncompromising pursuit of nuclear weapons and ballistic missiles; its regional adventurism and worsening human rights violations, should make containing Iran and stopping its nuclear program an American foreign policy priority. Assad’s reign of terror on the Syrian people; the opportunities for “bad actors” the Syrian cataclysm provides; the Syrian regime’s use of WMD and unrepentant enactment of some the worst atrocities the world has ever seen, should make finding an end to the Assad regime an American foreign policy priority. Russia’s staunch support of Syria and Iran; its ruthless aggression in Ukraine; and its expansionist designs in Eastern Europe, should make containing Russia an American foreign policy priority.

Instead, much of the White House plan for combating ISIS plays right into Syrian, Iranian and Russian hands, for it revolves around their plans –which include allowing Assad to stay in power, legitimizing Russian-sponsored “peace conferences” that buy Assad time and raise Putin’s stature, accommodating the Iranian nuclear program, and giving Iran the lead in the battle against ISIS and in the Levant.

Since the Syrian war began, the United States has been mostly passive, while Russia, Iran and its proxies, and al Qaeda-affiliated terrorists, have seized the day. In response to the slaughter, the disappearances, the systematized torture, the bombing of towns and farms, the use of heavy artillery and chemical weapons on civilians, and the escalation and radicalization of the conflict, the US:

-Deferred to the U.N. Security Council, wherein it knew Russia would veto any meaningful action.

-Supported Russian and UN-led “peace conferences” that did not require Assad to step down.

-Obstructed or diluted every substantive congressional proposal, including calls to supply vetted rebels with technology and arms.

-Ignored the pleas of human rights groups for stringent sanctions against the Syrian regime.

-Rejected France’s proposal for a humanitarian corridor and the proposals of France, England, Turkey, Jordan, Saudi Arabia and others for a stronger response.

-Allowed outside terrorists to establish a stronghold within Syria, and failed to work with border states to stop the flood of terrorists in and out of Syria.

The vacuum created by US/UN debility opened the door to extremist groups eager to hijack the Syrian revolt and/or defend the Syrian regime. Among them: Syria and Iran surrogate Hezbollah, Iranian Quds forces, Iran-backed shabiha militias, and the Iran-backed al-Abbas Brigade. Iran and Russia have worked stolidly to protect Assad and capitalize on the chaos.

Ironies abound. While the Obama administration justified its unwillingness to give meaningful aid to Syrian rebels with fear of helping extremists within rebel ranks, that stance allowed extremism within Syria to metastasize. While the administration justified American passivity with American aversion to “boots on the ground,” the inaction of the United States and others allowed ISIS to build a stronghold in Syria and Iraq, a development so serious that it now requires a military response.