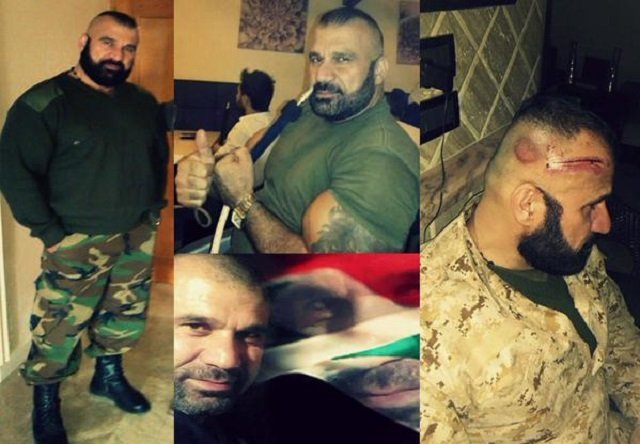 September 19, 2015 1:00 pm 0
Kofi’s Cloak of Terror
Did CIA Agree with Russia on Assad Alternative?
Will the Russians Kill Maher al-Assad?

Loyalist voices in the city of Homs are rising against the Assad regime by rejecting the current state of affairs involving various acts of violence, to include kidnappings and killings, the National Defense Forces (Pro-Assad Shabeha Alawite Militias-see post image) have been perpetrating against the Assad loyalists. In a sign of frustration over the lawlessness of the NDF, loyalist voices in Homs addressed am open letter to Assad entitled “How Long?”

Because the NDF salaries have not been paid for some time, Damascus is unleashing the NDF upon the civilians to extort their way into meeting their income needs by stealing, robbing, bombing stores, and killing people.

Imagine the FBI letting some racketeering outfit run loose in New York brandishing AK-47’s openly, bombing stores, and killing anyone who refuses to pay to get a sense of what the city of Homs has become.

The letter, trying to address the situation, spread like wild fire on the Social Media networks. Its content specifically addressed the dire situation in Homs with the NDF running like wild beasts reminding the regime that Homs has sacrificed thousands of martyrs to save the regime.  The letter describes a life of constant fear even though the regime has labeled these regions under its control “Safe Zones”.

In the letter, the Assad loyalists further criticized and accused the security apparatuses claiming they are aware of what the NDF militia thugs are doing by threatening and killing law-abiding civilians. The letter claims that residents of Homs have become sacrificial lambs to the NDF violence in the face of total absence of any government security services in Homs.

The letter accused all the security agencies in the government for their complicity in the Alawite Militias violence by not addressing the NDF lawlessness. They also pointed their fingers at Assad saying: “If there were truly a wise leadership in Syria, we would not have reached this point”.

Te rebellion in Homs is exploding. The state of discontent is increasing each day, and the grip the security apparatuses have over Homs and its civilian residents no longer exists.

The tone of the letter is an embarrassment to the regime, which has been beating the drums of war behind the notion Assad is their only protector. It also demonstrates that the security situation within the Assad loyalist camps is deteriorating enough to cause grave concerns for a government battling its foes on many fronts.

The last Assad wants are his people rising against his decrepit rule because he refuses to control the Alawite Militias now killing at will unarmed Assad loyalists.