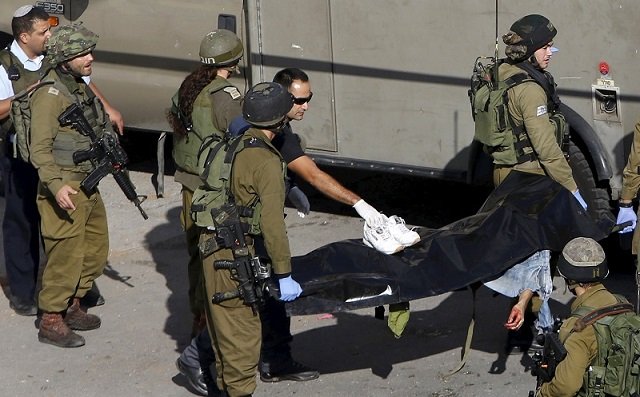 Dead Palestinian is Worth $7000 to an Iranian Mullah

Angry Palestinians who read the sub-headline “Tehran, flush with cash from sanctions relief, will give slain attackers’ families $7,000, envoy says, and $30,000 to terrorists’ families whose homes Israel demolishes” will most likely react with raucous joy. Many in Gaza will fire their guns in the air to celebrate Iranian generosity. However, below the surface of it all, stupid Palestinians would miss the essence of Iranian arrogance, which says that a dead Palestinian is worth $7000 to an Iranian Mullah.

Do you think any Palestinian would stop to think about this? Do you think reason and common sense can stop Palestinian anger over Israel for a moment to consider the Iranian arrogance in valuing the life of a healthy Palestinian male to be not worth more than $7,000? This is what Arab Sunnis are to Iran. A traffic industry of flesh and bones. Surely, some wise men and women in the Palestinian leadership must see the Mullah’s disdain for a dead Palestinian.

Iran has been instigating Palestinians to kill Israelis ever since Barack Obama chose to comfort the terrorists in Tehran. Obama came knocking while bearing gifts of gold, and a new freedom the Iranian could only dream of. The freedom to expand their terror across the Arab world. Today, Barack Obama’s gifts are spilling Israeli, Syrian, and Palestinian blood. We would like to see one American reporter ask the President of the United States this question during his next press conference. “Mr. President, what do you think of the Iranian offer to the Palestinians, which encourages them to kill Israelis using your sanctions relief?” Then watch his facial expression of fake sorrow to grasp how dangerous Barack Obama is as a human being.

Even if the Palestinians refuse to admit Iranian complicity in setting a price upon the value of their lives, this is an opportunity for Sunni Arab countries to run with this Iranian model to illustrate to Arabs what Iran thinks of them. The Arab League must find a way to propagandize Iranian arrogance and juxtapose it to their killing machine in Syria to sway a naive public that their offer to help the Palestinians is nothing more than a ploy to kill more Arabs as they are doing in Syria. If Sunni countries fail to turn this against Iran, they will find out soon that a Gulf citizen or a North African might be worth a bit more if he carries out attacks against his own country.

This offer by Iran to kill more Israelis and more Sunni Arabs sums up the Iran Deal and Obama’s real intentions all along. Instead of jarring lose a civil society, Obama has injected a state sponsor of terror with steroids. Here is another question we must ask the man in the White House. “Mr. President, Iran’s offer for the Palestinians to kill more Israelis demonstrate that your optimism about Iran’s behavioral change was utterly wrong. What do you want to tell the families of Israelis and Palestinians who are about to die because of your Iran Deal?”

We doubt anyone is that courageous in Washington to ask this question. All the journalists and the reporters know that Valerie Jarrett would immediately order the NSA to monitor them illegally.

Dead Palestinian is Worth $7000 to an Iranian Mullah