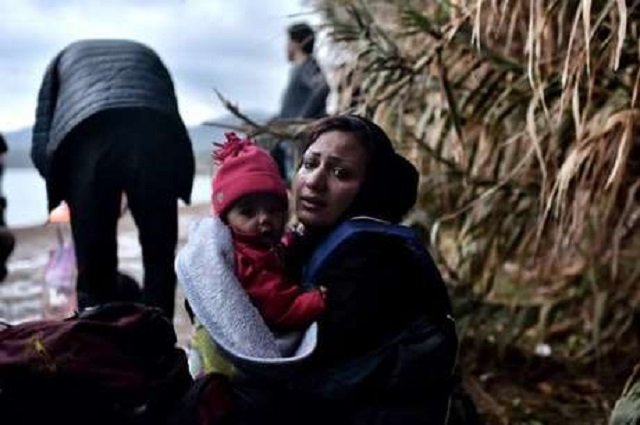 More than 150,000 Syrian babies have been born in Turkey since Syria’s crisis began, Turkish Deputy Prime Minister Lufti Elvan said Monday, underscoring the humanitarian burden incurred by Ankara during the conflict. This is a new generation of Syrian fighters born in Turkey. The same is happening in Lebanon, Jordan, and Iraq. Damascus is the new Jerusalem.

Addressing the opening session of the United Nations human rights council in Geneva, Elvan said that Turkey was “doing its upmost to shoulder a large part of the humanitarian catastrophe” caused by more than five years of civil war in Syria.

“The number of Syrian babies born in Turkey has reached almost 152,000”, Elvan told the council, according to a copy of his prepared remarks, noting that his country also hosts more than 2.7 million Syrian refugees, more than any of Syria’s other neighbors.

Ankara has repeatedly chastised the international community for not doing more in the face of Syria’s massive displacement crisis, with more than half of the country’s population forced from their homes by fighting.

Elvan restated that call today, urging the world nations, including the West to “act in line with principles of burden sharing” on the Syrian humanitarian crisis.

Syrian refugee crisis: senators call on US to take in thousands more
Water Scarcity Places Millions of Syrian Children at Risk
The Arab world’s wealthiest nations are doing next to nothing for Syria’s refugees
Syria News 1181 Syrian Revolution 1351