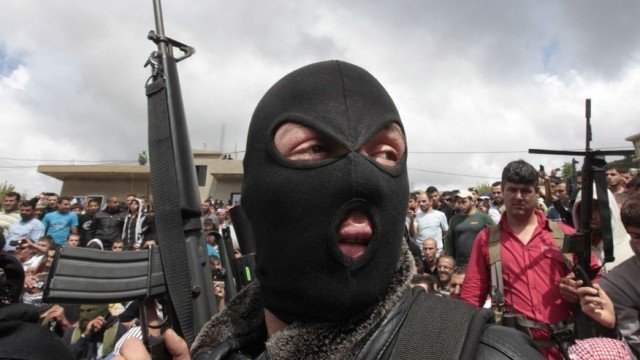 May 22, 2015 1:44 pm 0
Fuel Shortages Cripple Damascus and Beyond
To Those Who Equate Syrian Refugees to Terrorists, Shut the FU
Israeli hospital rebuilds injured Syrian man’s face

Today, much Sunni anger is brewing in the Middle East. Many analysts and observers are not aware that it comes in two different and distinct flavors. Sunni anger is another term to describe Sunni extremism and fanaticism when its sponsors are not organized states.

On one side, you have the Gulf countries Sunni anger over Iranian expansionism and hegemony, and on the other side, you have a street Sunni anger that knows no borders driven by ISis, al-Qaeda, al-Nusra, and the Muslim Brotherhood. ISIS capacity to recruit successfully regionally and internationally, because of the Assad atrocities the international community has ignored, is but a testament to this anger.

ISIS enjoys the support of millions of Arab sympathizers some of whom are threatening stable Arab regimes like Saudi Arabia and Jordan. No, you won’t read this little gem in any Western media to stifle ISIS capacity to recruit even more.

An extension of the ISIS Sunni anger is the Iraqi anger rising over its exclusion from governing with the majority Shia, and sparked originally by the policies of ex-PM Nouri al-Maliki, as well as ISIS Sunni anger in Lebanon against an army deeply infiltrated by Hezbollah.

Iraqi Sunni anger sometimes works towards reconciliation as it did when it worked hand-in-hand with the U.S. armed forces in Iraq; however, often it is driven to terror because of the shortsightedness of the Iraqi Government and Iranian sectarianism.

Those two distinct Sunni anger flavors are at odd with each other today. Some Gulf countries are part of the U.S. coalition striking ISIS in Syria and Iraq.

The ISIS/AQ Sunni anger is dangerous because it is uncontrollable. We must all thank Barack Obama and his national security staff for the rise of ISIS in Syria, which did not exist during the Bush years. When ISIS formed the Islamic State, which threatened every Arab country in the region, it demonstrated that uncontrollable side America, Israel, and every Arab country cannot afford to ignore.

The problem lies in ISIS capacity to recruit due mostly to the atrocities Assad, Hezbollah, and Iran are perpetrating against Syrian civilians. When the Gulf countries pressed Obama to act in Syria and he ignored him because he wanted to take Iran to the prom with him, they knew this was coming. Again, thank Obama and his inexperienced national security staff for their carelessness and ignorance.

Of late, the Gulf Sunni anger has mobilized to strike an alliance with Turkey’s Muslim Brotherhood Sunni anger in order to combat the Assad regime on their own. This new alliance seems to concern Obama because it may also head towards an uncontrollable state if Obama continues with his policy of appeasing unsuccessfully the terror of Iran.

Obama is the cause of all this turmoil in the region, yet the U.S. liberal media still gives him a free pass. Do you think they are waiting for a Republican President they can pin Obama’s fiascoes on? It would not surprise us.

Obama is the worst U.S. President ever. His ignorance and arrogance are causing troubles everywhere.