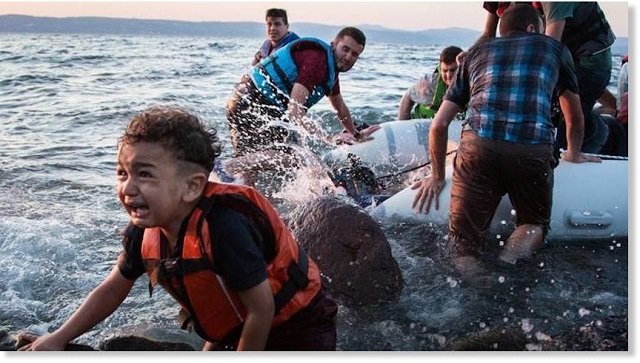 March 10, 2016 11:02 am 0
Fanatics never forget, or forgive, they just fight
Morality and Fear of Islam
Al-Qaeda behind Libya. But Who is Behind al-Qaeda but Iran and Syria?

Islam and Muslims are being demonized in wholesale fashion across many social media platforms. The problem has become so acute, it is no longer safe to defend any Muslims whether they are moderates or whether they fight the real extremists. Islam has become the lowest common denominator in a vicious campaign being waged on the Internet. Let us warn you that demonizing Islam comes with a steep price.

Of 1.7 billion Muslims around the globe, tens of thousands are waging Jihad in the Middle East and Africa. No doubt they are the bad guys and we should all unite to eradicate the cancer within. But when people demonize the whole religion, just because of some extremists interpreting Islam to wage wars against the West, you are bound to slander and provoke every Muslim on the planet.

When you demonize in a wholesale fashion, the problem is that you end up insulting the very same people you need to confront ISIS and the other terrorist groups. Some Muslims in the Middle East are already claiming that ISIS is America’s problem, not theirs. Why should they fight ISIS when the likes of Donald Trump douses the high pressure explosive situation with more fuel? Or when Obama ignores the pleas of Muslims dying at the hands of a psychotic butcher in Damascus?

Furthermore, demonizing Islam and Muslims across the board with an all-inclusive attitude that does not distinguish between a Syrian refugee and a terrorist, a Jihadi and a Syrian civilian, a moderate from an extremist, is quite dumb honestly. Not only does it show a level of ignorance that is embarrassing, but it also makes one complicit with those who are killing civilians deliberately. They hate Muslims too.

Islam needs people to reform it. It does not need people to hate it so deeply, Muslims will hang on to it like a child hangs to a sick puppy. The more Islam is demonized, the further we travel from reforming Islam. It does not take a genius to make this observation.

Donald Trump has, unwittingly, delayed the inevitable. Muslims are rallying around their religion by forgetting that we need to reform it. And for those who believe Islam can be defeated by force to induce Reformation, think beyond air strikes. Think atomic bomb. After you take a deep breath, think about who will dare to drop it. It is easy to make a passing reference to the use of violence against Islam and Muslims, isn’t it?

Hate Muslims all you want, but know this. Every Muslim is recoiling. Especially when they see what appears to be relatively smart people blur the line between a Syrian refugee escaping to save his/her life and a terrorist. Or those who accuse Syrian refugees of terror BEFORE it happens. Incidentally, not one Syrian refugee has committed any act of terror on foreign spoil even though many wish they would to bounce like the predators that they are.

Pamela Gellar referenced a story on Facebook of a Muslim man raping women in Europe. As if Christian men never rape. Next she will tell us that Jeffrey Dahmer is a Muslim. There are bad Hindu and Jewish people too. Are Judaism and Hinduism to blame?

Attack Islamic terror? Absolutely. Attack Muslim extremists? Without a doubt. Demonize Islam wholesale? Think of the consequences if you are interested in eradicating terror through reformed Islam. Demonize helpless Syrian refugees escaping the Assad terror? Don’t you dare. We will stand by our people and we will fight to protect those Muslim Syrian refugees who committed no crime but are hated just because they are Muslims.

For those who appreciate and understand the difference between a terrorist and a Syrian refugee, we are thankful for your understanding and compassion. The Trump bug has spared you.