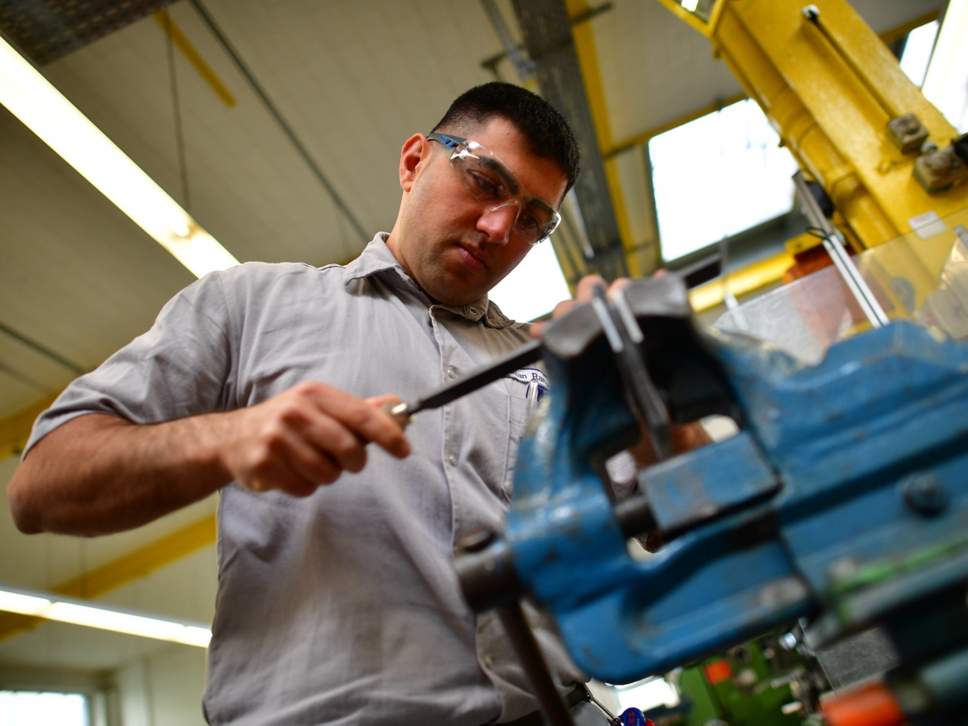 Not everyday one hears good news about Syria, or its people. While Russia and Assad are on an inhumane campaign to kill as many civilians as possible by bombing hospitals, clinics, schools, and marketplaces, German Syrian immigrants policy boosts its economy. It is paying off handsomely for Germany.

So does report the Independent newspaper in Britain.

In his native Syria, Mohammed Kassim worked as an electrician.

But having learned the trade informally, he lacked the credentials to show for it.

Now, in his adopted homeland, the 30-year-old is receiving the training he never had and he is getting paid to do it by a company dangling the promise of a job that could vault him from struggling refugee to member of the German middle class.

The programme that is helping tens of thousands of refugees rebuild their lives was not created for the newcomers who have converged on Germany to escape war, oppression and poverty.

Instead, Germany’s apprenticeship system is a fixture of the economy with roots in medieval times.

Meanwhile, our man in the White House is blocking immigrants from entering this country. Unless, of course, the immigrants have blue eyes and wave doctorate degrees. This is happening when labor shortages in the U.S. are beginning to have an impact on its economy.

Don’t hold your breath for a tweet on this subject from that lad we elected while deep drunkard stupor.

For nearly a year now, the number of open jobs each month has been higher than the number of people looking for work — the first time that’s happened since the Department of Labor began tracking job turnover two decades ago.

At the end of January, the US economy had 7.6 million unfilled jobs, but only 6.5 million people were looking for work, according to data released Friday by the US Department of Labor. This was the 11th straight month that the number of job openings was higher than the number of job seekers. And each month, the gap has grown.

Trump is basking in the glory of a strong economy without any serious planning for the future. It won’t be long before those shortages begin to affect inflation as prices, chasing fewer workers, rise to compensate for higher wages.

We are happy to hear that Germany has done right by the Syrian people and its economy. It delights us to see Syrians settle in a new country, and embrace its culture. Rather than live in fear of the psychotic Assad capable of crimes Germany knows all too well what they mean.