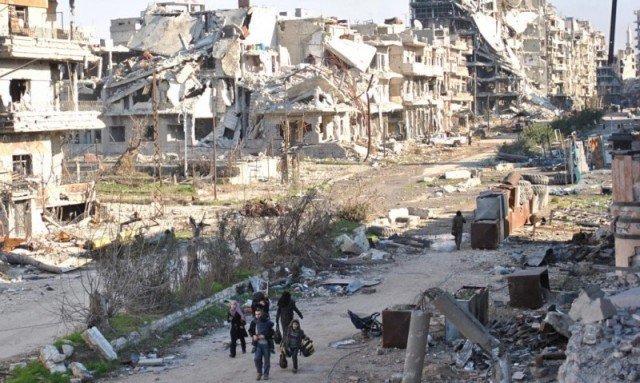 The Gates of Hell

August 31, 2014 6:47 am 0
Rifts in the Arab League Caused by Three Club Members, Two Observers, and One Syrian Dissident
Saudi Arabia Stripped Assad and Putin Naked
Bashar al-Assad is Syria’s problem, not its solution

When we airlift aid to the besieged town of Amirli in Iraq and we ignored the siege that Assad laid against Homs, Obama may have just unleashed the gates of hell upon us.

There is no doubt we should help Amirli against the ISIS savages, but so should we had helped Homs yesterday and Aleppo today against the savagery of Assad.

Since Arabs see conspiracies under every unturned stone, they will see Obama watching Assad killing Sunnis while he is aiding the Shia as the mother of all conspiracies against the Sunnis. They will not see or understand the danger to US interests. All they will see is that America has sided with the Shia to massacre Sunnis.

The optics is everything in the Middle East because people think with their hearts. The fact they are not allowed to demonstrate publicly does not mean they are not stirring privately.

As Assad kept the civil war on fire with his terror, Obama may have just lit the fuse under the largest segment of Arabs.

The rumblings will be heard soon across the whole region, and history will remember Obama as the reason why Islamic terror kept raging as it recruited so many fighters and sympathizers from the 350 million Arab Sunnis. .

ISIS may become the least of our problems soon.

Our president and his advisors think they are brilliant at keeping negotiations with Iran on schedule when, in fact, they are clueless about keeping America safe.

The Tsunami is coming.