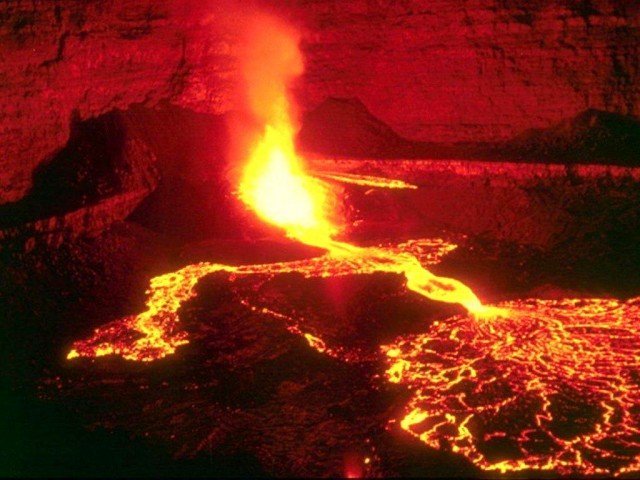 November 17, 2014 9:33 am 0
The Gates of Hell
Hariri calls on Hezbollah to withdraw from Syria
Assad Fires Missiles on Civilians, World Ignores His Crimes

During the G-20 summit in Brisbane, Australia, Mr. Obama said the following when asked if the US would ally itself with Assad to combat ISIL:

I do not recall the president ever using the words “turn more Sunnis in Syria in the direction of supporting ISIL”.

Inadvertently, with this sentence, Obama told us that Sunnis in Syria are in fact turning to supporting ISIL, but if the US allies itself with the mass murderer Baschar al-Assad, then more Sunnis would support ISIL.

No kidding! Did Ben Rhodes solve this puzzle on his own?

Call this phenomenon the invisible Sunni heat against Obama. It is rising slowly, and it will not be long before the Syrian civil war becomes a regional war, and more Sunni terror to target American interests. This is Obama’s legacy, more terror against the US than any other US President has permitted before, and more invisible Sunni heat against Obama that is a danger to America.

Furthermore, what the president failed to tell us is that Syrians are burning American flags routinely now because they see the US siding with Shia terror against Sunni terror, and ignoring the massacres Assad is committing routinely against civilians.

We all see ISIL, and rightly so, as a danger to all humanity, but Sunnis in the region see Shia terror to be far more lethal than ISIL. Obama ignoring this minute detail because he wants a hug from Iran is beginning to cause the US some serious problems I believe.

Additionally, I believe our allies in the region are feeling the pressure from their own restless populations because they joined the anti-ISIL coalition with the US unconditionally. Although diplomatically speaking the majority of the Arab countries remains anti-Assad, in reality, many countries are not willing to take a public stand against Obama by refusing to join the coalition if Obama refuses to punish Assad; had they done so, ISIL would have lost some of its luster, thus its capability to be a home for Sunni anger.

Saudi Arabia could have absorbed that anger the way it did when it refused to join the UN Security Council to protest the world ignoring the systematic annihilation of women and children in Syria.

Moreover, why would the president tell us only “more Sunnis in Syria” would support ISIL when ISIL has been able to recruit Sunnis from 80 different countries? If thousands of Sunnis from all over the world are willing to fight with ISIL, does that not mean that their sympathizers would also come from the same universe?

The mono, one-sided and stubborn policy of Obama to engage with Iran at all costs is beginning to create far more problems for our incipient interests, and those of our allies, than Obama is willing to admit. Honestly, Obama is acting as if he welcomes the crippling of our own interests and values.

I say strike ISIL and strike Assad simultaneously, and assist, SERIOUSLY with US air support, the liberal and secular Generals and Colonels that defected from the Assad army to replace Assad; and if Putin flexes his muscles, then the US should dispatch five aircraft carriers to the eastern Mediterranean as a show of force to confront the bully Putin. Putin, Khamenei, Assad, and Nasrallah understand only the language of force. The sooner we realize it, the less damage we will sustain to our interests in the end.

Obama’s stubbornness to conclude a deal with his sweetheart Khamenei is the biggest danger to the region, and it is causing more Sunnis to fight for, join, or sympathize with ISIL because he is ignoring the Shia terror altogether. In fact, peace with Iran at any price is beginning to be far pricier than the US can afford.

Warning! Please do not hold your breath waiting for Obama to realize it before it is far too late. As usual.

Assad Masterminded The Paris Attacks Like He Masterminded Foley’s Beheading
Why Obama is ISIL dream recruiter
Why is Russia not screaming bloody hell against the $500m?
Radicalism 567 Slippery Barack Obama 976