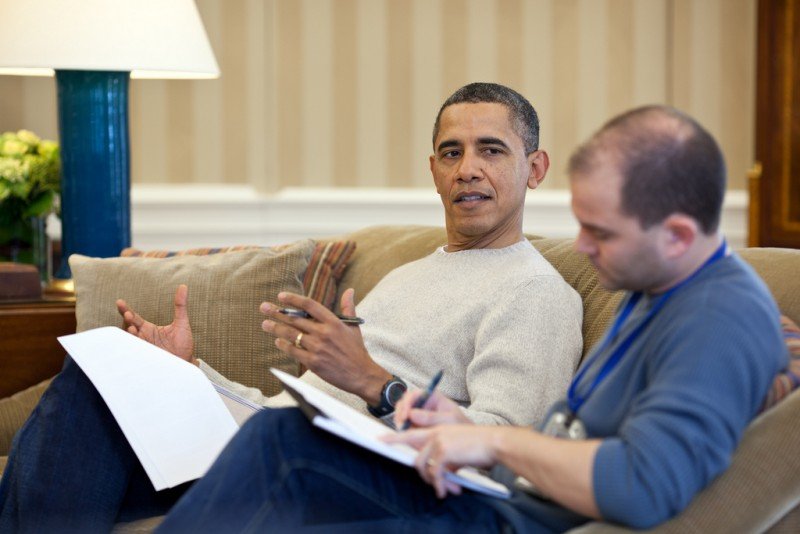 Let me state some facts.

Fact One: Assad of Syria released and empowered ISIS extremist prisoners to create the illusion his worse alternative is lurking about.

Fact Two: Simultaneously, Assad was gassing women and children, starving them, and killing whole families with barrel bombs (This week alone, Assad killed 200 civilians in Douma). His atrocities have been documented on YouTube. Every Sunni Muslim around the world is aware that Shia Assad, Shia Iran, and Shia Hezbollah are behind these atrocities. Just in case someone asks the basic question: How do Sunni extremists form?

Fact Three: ISIS got out of Assad’s control. It founded the Islamic State. It became a real, not a fabricated threat.

Fact Four: US strikes against ISIS alone is driving ISIS recruitment and empowering it further. The U.S., because of Obama’s policies, appears to be partnering with Assad and Iran in killing Sunni civilians when it refused and continues to refuse to defend them from the terror of IRGC, Hezbollah, and Assad.

The combined facts above have produced a White House foreign policy that is dumber than dumb.

I say, good luck defeating ISIS. Obama’s U.S. is embarking upon a new and larger defeat in the Middle East. Yesterday, in the middle of everyone citing reports ISIS is weakened, ISIS captured an Iraqi town near a U.S. Air Base. Weakened, my as*.

To many Sunni Arabs, the U.S. siding with Iran is about their survival, not revenge against America. No one at the White House is aware of this little detail. ISIS getting stronger is the result of a dumber than dumb foreign policy.

Furthermore, no analyst has dared state the obvious because they either miss it out of ignorance or they are all afraid to be labeled as seeking a war against Iran by an administration totally lost in the jungle of the Middle East.

The side effects of this war will also be a huge Sunni revenge factor against America. Obama, because of his dumber than dumb foreign policy, is literally inciting hundreds of millions of Sunni Muslims against the U.S.

This is what happens when Barack Obama relies upon inexperienced advisers, such as 37-year old Ben Rhodes, to design our foreign policy. From illogical ineptitude erupts chaos and from utter incompetency rises anarchy. The White House is clueless about the history and the culture of the lands and the people it is deciding their fate. Its advisers are dumber than dumb.

If Obama had struck the Assad regime when it killed its own people, ISIS would have flickered and died. Instead, today Obama is striking ISIS up north, and Iran has begun a new offensive to wipe out the rebels in the south as well as cleanse the region of all Sunnis. Arab street perception? U.S. + Iran against all Sunnis.

Whatever deal Obama is going to sign with Iran, it is going to be one historians will name, “The total defeat of America in the Middle East”. As Charles Krauthammer said (Non-verbatim) “It took the US forty years of building resources and friends in the region. It took Barack Obama six years to destroy the work of the last 40 years”. Call it the dumber than dumb foreign policy of Barack Obama.

Unless the US engages militarily against the IRGC, Assad, and Hezbollah forces butchering Sunni civilians the way it is engaging against ISIS, ISIS will get stronger and its sympathizers will eventually bring down Sunni regimes in the Gulf.

Even if defeated by the U.S., ISIS will go underground and will begin its real damage in every Arab country. To defeat ISIS, we need to defeat Iran and its proxy terrorists Assad and Hezbollah.

Obama has sided with Iran instead of playing it neutral. When Iran uses Obama’s gift to threaten, disrupt, and control new countries while Obama strikes Iran’s enemies, it does not bode well for the U.S. because it looks like it is siding with Shia terror against Sunni terror.

Watch out for Bahrain next while Obama plays golf and his advisers scratch their heads as their dumber than dumb foreign policy unfolds.