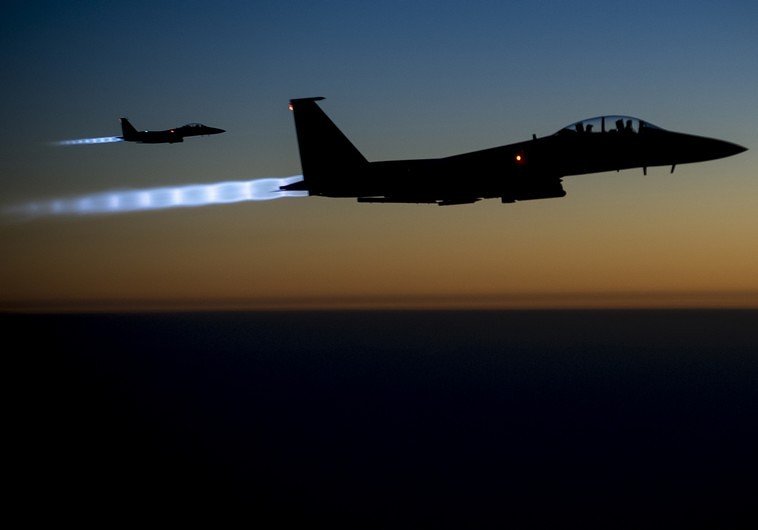 (Reuters) – Syrian Rebels, whose forces are fighting against a new offensive in the south by the axis of the Syrian army, Hezbollah, and Iran, are calling on Israel to attack their positions before they are able to take the Syrian Golan that borders Israel, said an Israeli Druse who is in frequent contact with the Syrian opposition.

A Syrian rebel commander in the south vowed to wage guerrilla war against the Lebanese group Hezbollah and Syrian government forces which have launched a major offensive against insurgents in the sensitive border region near Israel and Jordan.

The offensive that got under way this week is focused in an area south of Damascus that is the last notable foothold of the mainstream armed opposition to President Bashar Assad, who has consolidated control over much of western Syria.

The Syrian Observatory for Human Rights, which tracks the war, says the push is being spearheaded by Hezbollah, and that government forces and allied militia have made significant progress.

Mendi Safadi, who served as former Likud deputy minister Ayoub Kara’s chief of staff, has independently met with members of the liberal and democratic Syrian opposition who oppose the Islamists and want friendly relations with Israel.

Safadi met a week and a half ago with Syrian rebel leaders in Bulgaria and has traveled in the region, met with activists, and relayed messages from them to the Prime Minister’s Office.

He was responsible for relaying the congratulatory letters from the Syrian opposition to then President-elect Reuven Rivlin.

Over the past few days there has been a difficult battle going on between the forces aided by Iran: Syria and Hezbollah and the Syrian opposition, Safadi told The Jerusalem Post in an interview on Thursday.

The Syrian axis is “using all means” in order to achieve their objective of taking the area in southern Syria that borders Israel, he said.

The rebels have succeeded in some areas, “but have been hit hard.”

The rebels have suffered many injuries over the past few days, which means that more are crossing into Israel for medical treatment. Around 2000 Syrians have been treated by Israel, according to Safadi.

Iranian Revolutionary Guard General Mohammed Allahdadi was killed with a Hezbollah commander and the son of the group’s late military leader, Imad Moughniyeh, in an alleged Israeli attack last month on a Hezbollah convoy near the Israeli Golan Heights.

Hezbollah, which is backed by Iran and fought a 34-day war with Israel in 2006, said six of its members died in the strike.

After receiving this hard hit, “Hezbollah and Iran want to show that they can withstand it and still have motivation to fight,” argued Safadi.

“The Syrian opposition contacted me yesterday [Wednesday] in a Whatsapp message and asked for me to relay a message to the Israeli Prime Minister that Israel should give Hezbollah and Iran another hard hit in order to stop their progress,” reported Safadi.

The Free Syrian Army (FSA) commander of a large unit in southern Syria, who did not want to be identified, claimed to Safadi that the Syrian allied forces intend to reach the Israeli border and use it to carry out terror attacks against the Jewish state.

“The commander relayed to me coordinates where Syrian and Hezbollah forces are located,” said Safadi, adding that he cannot reveal this information.

The Syrian government is getting a tremendous amount of support from Hezbollah, Iran, and Russia, and the rebels in the south are “simple people without a proper army or weapons.”

The Syrian army said on Wednesday that territory including four hills and three towns had been secured from insurgents it identified as members of the al-Qaida-linked Nusra Front.

The mainstream rebels known collectively as the Southern Front are dismissive of Nusra’s role in the area. The battle — the most serious effort to date by the state to take back the south — was mostly brought to a halt on Thursday by snow.

“The battle could be lengthy. It will be hit and run — this is the system we are going to use in battle,” said Abu Osama al-Jolani, a senior commander in the southern rebel alliance.

“We are not a state army defending borders … we operate a system of guerrilla warfare. As far as we are concerned, land is not important,” he added, speaking to Reuters via the Internet from an area near the Syrian-Jordanian border.

Jolani, who held the rank of major when he defected from the Syrian army in 2011, said the attacking forces had sustained heavy losses and their gains were insignificant. He is now deputy commander of the “First Army”, formed from three smaller rebel groups in January.

Rami Abdulrahman, who runs the Observatory, said four days of fighting had killed 19 combatants on the government side and 48 on the opposition side. He said the advances by Hezbollah and the government should not be underestimated.

The Southern Front rebel alliance includes groups that have received support from foreign states opposed to Assad. The support has included what the rebels describe as small amounts of military aid, including some U.S.-made anti-tank missiles.

With much of the north and east held by jihadist groups including the powerful Islamic State, the southern rebels see themselves as the last bastion of the revolt against Assad that erupted in 2011 before descending into civil war.

The opposition complains that while the Syrian government has received vital military support from Assad’s allies, including Hezbollah and Iran, Arab and Western states that want to see Assad gone have failed to do the same.

A Lebanese columnist close to Hezbollah wrote on Wednesday that the decision to launch the southern offensive had been taken several weeks ago at the highest levels of the “Resistance Axis” – a reference to Syria, Iran and Hezbollah.

An Israeli official briefed on intelligence said the current offensive “involves Hezbollah more heavily than in previous operations”. “There are hundreds of their fighters involved,” said the official, speaking on condition of anonymity.

Jolani said the Syrian army was playing no role in the battle. “This is a very important test for the Southern Front,” he said. “We ask all the states of the world to help the Syrian people and to help us the way Iran and Russia help the regime.”

Safadi asserts that Nusra Front has a small presence in the south and that Israelis are prohibited from contacting them since it is a terrorist organization.

“Israel is only in contact with the FSA as it is in the country’s security interest to weaken the Islamists,” he said.

The Iranian, Syrian, and Hezbollah press identify all of the Syrian opposition as Islamists affiliated with al-Qaida and Islamic State.

In Safadi’s opinion, Islamic State is getting all of the media attention because they are burning people, but their numbers are less than other Western backed groups.

If FSA could receive more weapons and military support such as the Kurds did in Kobani, where they were able to fight off Islamic State, then they could advance against the group in other locations as well, he argued.

Will Bahrain Fall to Iran After Lebanon?
The First Anniversary of the Syrian Revolution
What Assad Is Forcing Orthodox Christians To Do
Support U.S. Allies 152 Syria News 1210 Syrian Revolution 1352