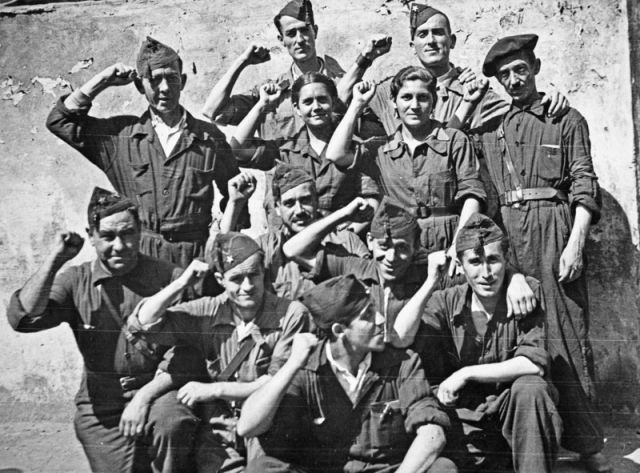 Something stinks about the way that the Syrian uprising has been and is still being treated both in the media and by Western governments. Lynette Nusbacher’s article calling for Assad to be allowed to wrap up this civil war in the name of the 100,000 estimated to have died so far is a perfect example of the kind of betrayal that Western democracies have proven themselves to be adept at.

The entire assumption of Lynette’s article is encapsulated in the title she gave it; ”Stop the killing: Give Assad his win”.

The killing was going on well before the war started, why on earth should it stop if he wins? Perhaps it’s convenient to forget that it was Assad’s relentless killing of his own civilians that led to a civil war in the first place, not the other way around. The killings won’t stop were Assad to win the war, neither would the arbitrary arrests, the torture, the restrictions on liberty, human rights and all of the other things that so many Syrians feel are worth dying for. What would change is that we would stop hearing about it as press freedom returns to how it was in the ”good old days”.

There is something inherently wrong not just with the presumption that Assad would stop killing his own people would he win the war but with the fact that it is somehow a hypocrisy to help those who have turned on him.

As Lynette points out, the West has and does work with tyrants in the Middle East and elsewhere. Were this not to be the case I fear there wouldn’t be very many countries in the world to do business with at all. Of course this doesn’t mean that once the populace of a country decides to stand up and throw off the shackles of their dictators that we should stand around and do nothing.

But we’ve been here before.

When Franco made his move for power and the Spanish civil war broke out Great Britain and France contented themselves with sitting on the sidelines. They imposed what must go down in history as the least effective weapons embargo that the field of human conflict has ever seen. Naturally that didn’t really matter since it was all just a show for their own electorates, much as talk of “red lines” is now.

“The democracies might not have intervened, but other powers did. Fascist Italy and Nazi Germany picked one side; Stalinist Soviet Union picked the other”¦When the war began, the Communists were a minor force within Spain’s republican coalition. Then Spain’s presumed democratic friends deserted it, while the Soviet Union sent weapons and men. Soviet and Spanish Communist power consequently grew. By 1937, the Soviet NKVD and its Spanish allies ran secret jails in Madrid where they murdered political opponents from amongst their supposed anti-fascist comrades.”

The parallels with the Al Qaeda inspired elements fighting Assad are too clear to warrant any further comment. Quite simply by sitting back and moaning that there isn’t a side worth backing, save of course for the genuine believers in democracy, we ensure that we lose Syria to the worst of humanity.

All of the potential of a free Syria, of an Arab country with a populace truly living in freedom, not to mention all of the strategic benefits that come from cutting off Iran from Hezbollah are being wasted. Instead we sit back and watch while Al Qaeda elements really do take over the resistance against the Assad regime and its Shi’ite allies. We simply watch and say on the one hand that there was nothing we could have done while the Russians prove that the exact opposite is true.

We watch while Iran plants itself firmly on a second border with Israel. We make mere tactical strikes against weapons stockpiles while Iran changes our strategic reality. Raids against such arms stockpiles are all well and good but once the Iranians have complete control over Syria moving arms around and protecting them will be a great deal easier, not to mention fostering terrorism and rocket attacks from right next to us.

Lynette Nusbacher’s article is nothing short of cowardly!

Arguing that the “insurgents were useless at insurgency” when they were fighting against tanks with their bare hands and Assad’s air force with nothing at all is just as disingenuous as arguing that Assad would stop killing people if only it was made easier for him to do just that.

As this war expands into Lebanon we simply don’t have the luxury of pretending that we can predict the future, we are going to have to take the steps needed in order to create it. This war is on our doorstep and pretending it’s not happening is only going to help those who hate us the most.

As the extremist elements get stronger (mainly die to the reluctance of the West to do something about it) the window of time we have to step in gets smaller. The time to act is now, rather than throwing in the towel and allowing those who champion the rights we take for granted to die for daring to hope for a better world.

The Crisis of ISIS
The Thomas Affair: A Letter to Wayne State University
The Kurdish Cause vs. The Palestinian Cause
Syrian Revolution 1335