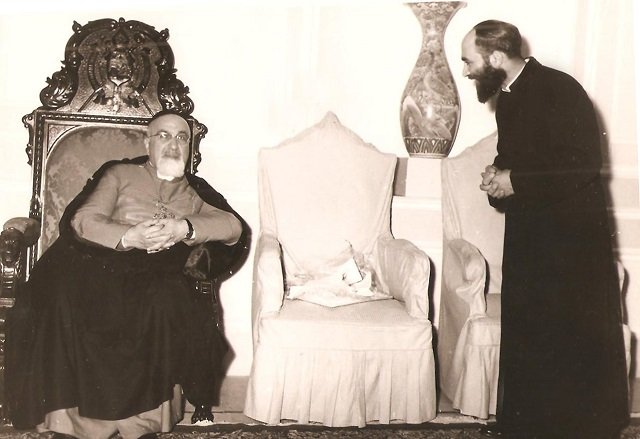 In one of his remarks in Paris in early September 2011, Patriarch al-Rai asserted that the removal of Assad could lead to a Muslim Brotherhood takeover in Syria. On its face value, this kind of analysis would go unnoticed by anyone else. But the intent of the Patriarch was to defend Assad more than to draw attention to the Islamists. The remark created the belief that Patriarch al-Rai was politically employed by the Assad regime in the middle of extreme violence against the Syrian civilian population.

If this sounded insensible, it was. Because even if Patriarch al-Rai had an opinion on the subject, his timing and delivery impressed upon many his employment status. It was as if Assad dispatched him to France to plead Assad‘s case.

As many who support the Syrian Revolution but also support a non-Islamist government crowned with moderation and protected by accountability and transparency, it is difficult to walk that fine line between accepting secularism without tyranny and not accepting Islamism with its own tyranny. I struggle with this issue everyday.

To understand the negative effects of Hezbollah and the Assad regime upon Lebanon, one has to go back in history to Lebanon of 1964 under the leadership of Patriarch Peter Paul al-Meouchi.

My age was in the single digits when my father decided that Ba’athism is not in the best interests of Syria. Finding a home to go to when the Ba’athists and the Nasserites in Egypt intended on killing my family was not easy. For 11 months, my mother and my little sisters were under house arrests with soldiers standing guards outside our apartment in Damascus. Meanwhile, my father was running around in Eastern Europe moving from one country to another every 48 hours on transit visas.

Patriarch al-Meouchi heard about my family’s plight from a Lebanese MEP named Nicolas Mougabghab. Acting on his conscious and Christian love, the Patriarch offered my family a home in Lebanon to settle in. It was an act of kindness my family will always remember but it was also an act of defiance against the new face of oppression the Middle East was starting to witness.

If I can describe adequately the benevolence of the Maronite Christian community in Lebanon, I would do so but I believe my grammar would not be fair to how great this little community is. Never once, as a Muslim, did I feel out of place amongst them. If co-existence had to be learned in schools, the Maronites of Lebanon will be the best teachers.

The stark difference between Patriarch al-Meouchi and Patriarch al-Rai lies in the transformational powers the region has experienced over the last 40 or so years. It’s the same Maronite community but their environment has become one of violence and extreme cruelty and despotism. Patriarch al-Rai is the creation of that environment but he does not really represent the real core goodness of his own community.