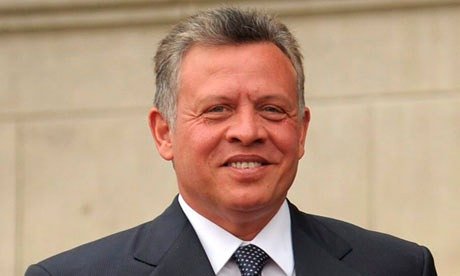 July 13, 2014 8:45 am 0
Syrian Rebels Captured Key Town from Assad Forces
Assad barbarism as described in the New York Times
Does Assad Really Think He is Going to Win the War?

Jordan is reluctant to train the Syrian moderate opposition on its soil for fear the country will become a target of Assad and Khamenei. Considering how Obama is unwilling to come to the aid of our allies, who would blame King Abdullah for his cautious approach? US Middle East allies are left to fend for themselves while our President plays Golf, shoots pool, and pretends his is leading.

Assad has created the Caliphate problem before us today and the US should just stay out of Syria and Iraq and let both Governments clean their own mess. The US should not interfere unless the IS starts attacking our allies south of Syria, something which will force Mr. Obama to become more pro-active.

In an article published by Newsweek Magazine on June 21, author Simon Speakman Cordall disclosed how Assad forged ISIS by releasing hardcore Islamists from his jails his regime hoped would scare the West from pushing for his removal from power.

?There were around 1,500 people in there. There were about ten of us bloggers, around one hundred Kurds and the rest were just normal people. I?d say that, when they went in, around 90 percent were simply normal Muslims. The situation in there was like the middle ages. There were too many people and not enough space. There wasn?t enough water to drink. There wasn?t enough food to eat and what there was would have been ignored by dogs in the street. Torture was an everyday reality. After years in there, all of those people became Salafists and in a bad, bad way.?

A former member of the Syrian Security Services told the National, an Abu Dhabi newspaper:

?The regime did not just open the door to the prisons and let these extremists out, it facilitated them in their work, in their creation of armed brigades?

While the Assad jails are factories producing Salafists and terrorists, Assad himself is their promoter and champion.

No need to scream ?bloody Islamists? when the same person claiming to protect the minorities is helping forge the Islamic State. Assad has played with fire too often and now it may finally be burning him and his cohorts in Iraq.

If we save Assad by funding the Syrian moderate opposition to fight the Jihadists, Assad would repeat the same ploy again in the future. The world needs to see Assad running with his clothes on fire before it acts on behalf of the hapless minorities caught in his web. Otherwise, there will always be terror.