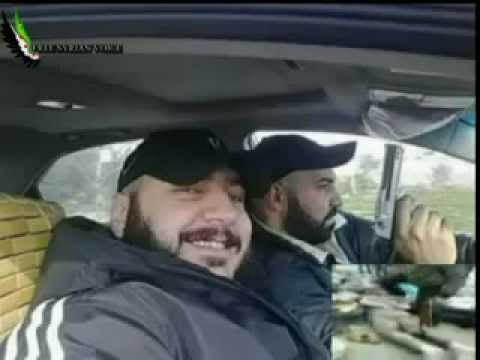 TFS Note: The pro-Assad Alawites savages are now unleashing their terror against the peaceful Christian community of Syria. The Orthodox Church, backed by the Russian Government, must condemn the Assad regime otherwise it is going to be open season against the Christians.

Source: NOW. (Pro-Assad gunmen slip out of control near Tartous)

The growing state of lawlessness in the regime’s coastal heartland slid further out of control early this week, with pro-Assad militiamen killing a number of civilians outside Tartous.

On Monday, members of the National Defense Force opened fire on residents of the town of Safita, which is populated by a nearly equal mix of Greek Orthodox and Alawites approximately 20 kilometers southeast of Tartous.

The Syrian Observatory for Human Rights reported Tuesday that “at least two people lost their lives while another was severely wounded when pro-regime gunmen opened fire on them in Safita’s Beit al-Akizi quarter… following a verbal altercation.”

To monitoring NGO did not elaborate further on the shooting; however a number of reports emerged on the violence, which comes amid an increase in petty crimes and kidnappings along Syria’s Mediterranean coast.

“This irritated the people and made them ask what was going on,” activists from Tartous told ARA News.

“One person tried to pursue the NDF members before they could get away, which led to his injury and death.”

A civilian source told the outlet that following the violence, members of the NDF had “clashed for hours with the regime’s security and police [force] members but there has been no announcement of their arrest.”

“The town of Safita has been in a state of nervousness for over two hours,” Ali Hamoud, who lives in the area, said by phone.

“It’s as if we are in one of the conflict zones, [and all] because of a few drunken NDF members who can only stand up to their own people.”

A pro-regime Facebook page covering news in the town roundly condemned the incident and called for a government crackdown.

“This page used to be a platform decorated by pictures of our righteous martyr sons from the army… who were killed by the mercenaries of terrorism and takfir,” a post on the pro-regime Safita News Network read.

“Now, sadly, we are publishing pictures of our finest young men who were killed by people from this area,” it added.

“Those murderers did not take up arms and go to the battlefield. Their battlefields were the streets of our beloved city.”

“We call on the competent authorities to put an end to this chaos which is increasing day after day,” the post added, demanding that the government “restrict [weapons] to the army and the armed forces alone.”

The Safita shooting comes as armed militiamen in Syria’s coastal region have reportedly acted with growing impunity, with car thefts and kidnappings being blamed on them.

Only last week, four Christian men were kidnapped from the nearby town Khreibat by unknown gunmen, sparking tension among the town’s residents.

Meanwhile, Syrian presenter with Egypt’s The Way TV Maghie Khozam — who has spoken out against both sides in the Syrian conflict — harshly criticized the militiamen in an outraged Facebook post for their conduct in Safita.

“Safita’s church bells will ring tomorrow for the funeral of two [of the town’s] young men because of the bullets of the NDF’s [expletive].”

Khozam also included a detailed account of the incident she said she had received that mirrored the one published by ARA News:

“Armed trouble makers who live in a street called Beit al-Akizi and are known as the children of Diab al-Raei in the NDF blocked the road,” the account read.

“A person in his car who wanted to pass called Imad Jabbour asked them to move out of the way and they [attacked] him.”

“A young man who was standing in the street called Tony Boutros shouted at them… to leave [Jabbour] alone.

“They grabbed [their] machine guns and started firing at the people. The people took [Jabbour] to the hospital in critical condition.”

“They couldn’t [save Boutros who] took one bullet in his heart and another in his leg.”

“A third youth called Abdulhamid Younis Diyoub… followed them to their street shouting at them for what they had done, so they shot him and he died.”

“The police also followed the criminals to their street and [violent] clashes ensued.”

A Syrian’s Cry for Help
Where is my Predator drone?
100 killed in week of clashes in south Syria
Assad Genocide 427