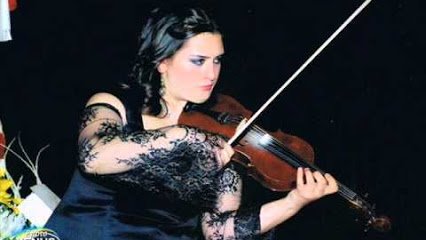 The Brainless, the Brainy, and the Braves

As viewed from the Western prism, there are three kinds of people left in Syria. The brainless, the brainy, and the braves.

The brainless Syrians are the Assad Forces still fighting in pursuit of destroying the Syria that is refusing their tyranny. They are also the ISIS extremists driving the region back to the dark ages when Islam ruled with a sword.

It matters little what the future holds for Assad, his thugs, and ISIS as long as destroying Syria and its people is excessively and expediently achieved.

The brainy Syrians are those Syrian refugees the West is welcoming with open arms because they have much to offer any society they settle in. Their welcome, although appreciated, is resulting in a brain drain.

Take the case of Mariela Shaker, an accomplished violinist who played at the Kennedy Center in Washington DC recently. Her story will be repeated over and over with every brainy refugee the West selects in order to provide them with a well-deserved new life and a new beginning.

British PM David Cameron just promised Britain would be welcoming more Syrian refugees to seek asylum in Britain. Our bet is that most, if not all of them, will be talented and brainy Syrians Syria is losing forever thanks to the terror of the Assad family.

Not that we blame the West for this brain drain. It is what happens when talented and exceptional people face destitution. Their saviors cherry-pick in order to find those who give back to their societies, instead of those who simply take from their societies.

Then, there are the rest. The brave Syrians who are misplaced, who lost their homes, whose family members were killed in front of their eyes, and whose future is as hopeless as a mouse settling permanently in a 5-star restaurant.

Even their killers may one day escape persecution if we are to predict the future of Syria based on the apathy of the world.

When you think of Syria, think of what the brainless Assad Forces are doing to destroy it; think of the brainy Syrians now settling in far away countries with hope for a better life than the brainless have bestowed upon them; and think of the brave Syrian souls everyone seems to have forgotten while Assad keep hammering them and their children with his chlorine gas barrel bombs.

The Brainless, the Brainy, and the Braves

The real Barack Obama will unfold the next two years
Bird of a Feather Flock Together
That’s why they kill: Bachir of Sudan is Their Glass Ceiling
Things That Matter 382