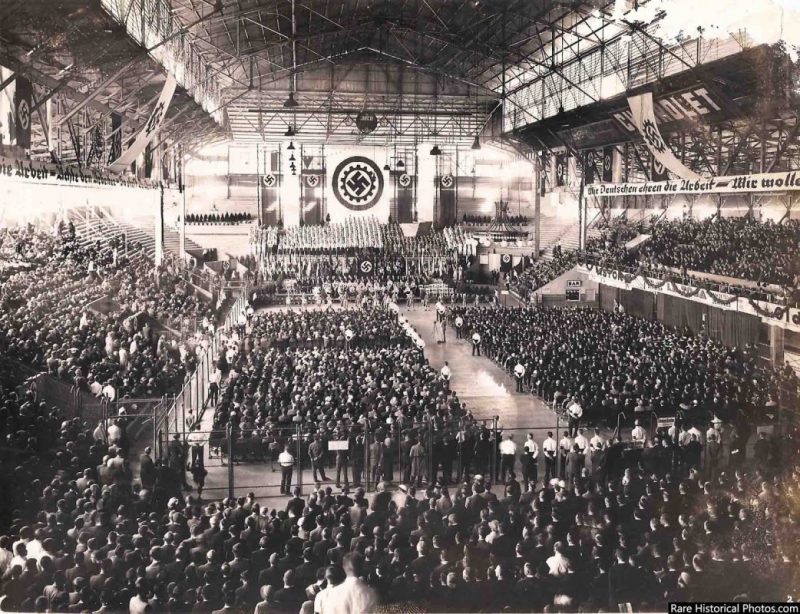 Will Assad Escape to Venezuela?

A story appeared in the Turkish Gazette Aksam that Assad had sent a letter to Chavez of Venezuela seeking asylum by dispatching Faisal al-Mokdad, Assad’s Depute FM, to deliver it. Will Assad escape to Venezuela?

Since Chavez is in a coma, Assad must go to Plan B. Until he is captured, Plan B locks him within the walls of the Palace he occupies in the Qasyoon Mountain.

Some of the most notorious genocidal killers choose South America to escape; many try to hide their identity and re-construct a new life.

In fact, the British Mail published a story on this matter in March of 2012 showing that secret files indicated some 9,000 Nazis escaped. Argentina (5,000), Brazil (Between 1,200 and 1,500), Chile (Between 500 and 1,000), and the rest settled in Uruguay and Paraguay. Now, if Assad truly escapes to Venezuela, which we doubt, you can add the country to that scandalous list.

But escaping after WWII is different than escaping in the 21st century. Accountability aside, the pressure campaigns the voters could mount on social media against any Western politician who will simply turn a blind eye to the atrocities committed by Assad will not be something to discard or ignore so easily. Putin is under pressure domestically and Obama must consider the Obama Library and his own legacy. The library is already tainted with his Syria fiasco.

Also, with a new Syrian Government comes new legitimate powers. Syria will, then, sign all the Treaties and the Conventions Assad refused to sign in order to escape culpability. Those powers will hunt down the Assads and his entourage of criminals to make them pay for his crimes.

As far as we are concerned, Assad can die fighting or can die slowly. Hiding somewhere is not an option and anyone who believes that in today’s age, where the billions his family pilfered, can sit idly in his bank account to protect a killer is naive.

Too many interests, including the Syrian people, will be vying for these funds to pay for the costs incurred as a result of Assad’s policies; and until Assad dies like Qaddafi did (whose own funds disappeared and no one ever speaks of what happened to the billions he pilfered), they won’t have them.

Will Assad Escape to Venezuela?