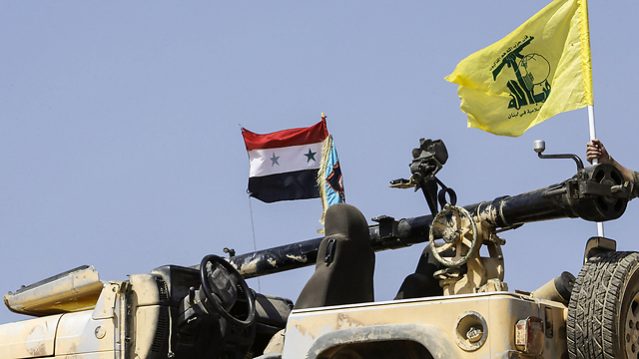 December 14, 2018 11:08 pm 0
Similarities Between Trumpism and Assadism
Syrian and Lebanese Families Speak of Assad Dungeons of Death
Rami Makhlouf Decrying Inhuman Arrests is Our Joke of the Week

Officials found about six tons of processed cannabis and 3 million super-strength “Captagon” amphetamine pills hidden aboard the Syrian-flagged “Noka”, it said in a statement.

The freighter, with a crew of 11, was en route from the Syrian port of Latakia to Benghazi . Greek authorities intercepted the ship off the southeastern coast of Crete on Dec. 5.

The port of Latakia is home to Assad’s seat of power. Syrian rebels have no access to any Syrian ports on the Mediterranean.

The Noka was escorted to Heraklion port on the Greek island on Dec. 8, where the authorities unloaded its entire cargo.

The drugs were found under false floors in eight containers, hidden between layers of coffee, spices and wood shavings.

Syria became a major amphetamines exporter and consumer as the trauma of the country’s civil war fueled demand and the breakdown in order created opportunity for producers.

WHAT IS IRAN UP TO IN LIBYA?

Captagon is a fund-raising tool and a stimulant for militants. The government now controls most of the country and Islamic State is close to defeat.

Captagon’s introduction means a war is imminent in Libya. Its introduction into the Libyan landscape by Assad could mean Iran enters a pre-planning stage of some military operations in Libya to establish a foothold in the oil-rich country.

It is also possible the Assad regime is replenishing its treasury through drug smuggling.