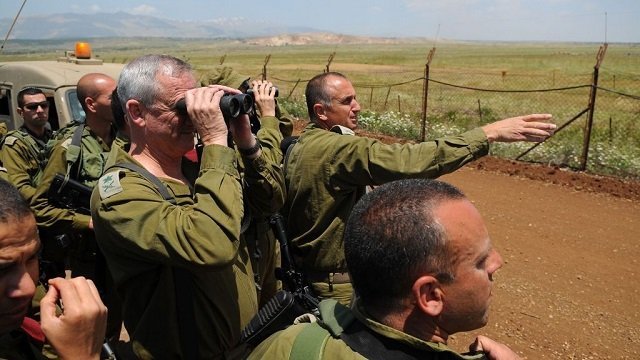 IDF Head in the Sand

October 9, 2013 1:05 pm 0
Iran Tells Syria to Attack Israel on the Golan Heights
The Unbiased Guide to Understanding The Civil War in Syria
Message to the Alawites of Syria
[youtube]http://youtu.be/KvtAn4QNkzo[/youtube]

The Israeli Defense Forces produced the video above highlighting the terror of Iran and Hezbollah.

Not one word in the video about Assad or his regime of terror because the IDF believes Assad was not involved in carrying out attacks against Jewish interests anywhere and even with all the turmoil in Syria, Assad maintains the calm on Israeli northern borders.

So if Assad does not chant “death to Israel” but makes it easier for others to attack Israel, the IDF is willing to turn a blind eye to his aggression. This just sounds wrong any way you slice it. The IDF head is definitely in the sand when it comes to Assad or his regime of terror.

This fact qualifies him for a free pass from the IDF, which is tantamount to excusing the driver of a getaway car in a bank robbery by prosecuting only those who actually held the bank. Is the IDF head in the sand?

It is understandable why the IDF would want to leave Assad out; however, the message to Assad is: Only the perpetrators, not the facilitators, are held accountable. You go on ahead with helping Iran.

For an organization that bombed assets in the Assad regime on several occasions since 2007 when it was absolutely necessary, this video confirms to him the necessity to assist Iran.

Do you see the vicious circle? Not very encouraging on their part of the Israeli IDF.

IDF Head in the Sand

Former U.S. Ambassador: There Won’t Be Peace in Syria Without Prosecution of Assad
Iran, Russia may depose Assad when fiscal obligations accumulate
The Crisis of ISIS
Opinions 1017 Syrian Revolution 1335