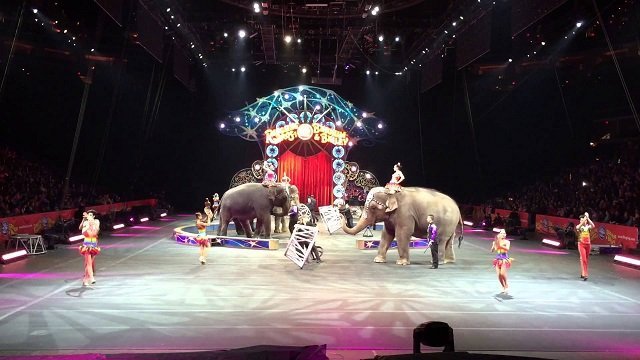 Saddam Hussein gassed the Iraqi Kurds on March 16, 1988 for which the US did not hold him accountable, but when he invaded Kuwait on August 2, 1990, the international community acted in harmony and with lightening expediency to punish him severely because it threatened Western interests directly.

The message was then and remains true today that gassing one’s own people does not meet the low bar to mobilize against inhuman violence. Such bar is met only if US interests are directly threatened.

It seems to us that to many WWII was a war, not a lesson.

Add to this notion the reality that only five countries have not ratified or signed the Chemical Weapons Convention – Syria, North Korea, South Sudan, Angola, and Egypt – and it seems like CW is a forgotten international issue. There are no international legal mechanisms in place except the use of direct force to deter their use. In stating the reason for the US strike against Assad, Mr. Kerry cited “international norms” as the legal framework behind the attack.

At the time of the attack by Saddam, Iraq was not a State party to the CWC. Iraq ratified the Convention on January 13, 2009 but never signed it. Since Iraq is under the grip of Iran, what happens or does not happen to Assad has immense repercussions. Iran is a signatory to the CWC; however, when was the last time the Mullahs respected international laws or any laws for that matter. They are but thugs sporting beards of persuasion, dress to fear, and postures to kill. They are the penny you never bother to pick-up off the street.

Today, Washington looks like a circus Barnum & Bailey could not have done a better job producing. After 10 years of pressuring Assad for his violence against US troops in Iraq and more recently against his own people, everyone believed his end was near because we all misunderstood the extent of the damage this administration is capable of causing. Pelosi saved him from the clutches of defeat in 2007 and Mr. Obama cannot bring himself to defeating him when the Syrian people hand him over on a silver plate because Mr. Obama relies on polls, not US interests, to set his foreign policy imperatives.

Unlike Iraq though, this last episode of survival cannot be attributed to the regime but rather to the failure of leadership in Washington. No one knows anymore what President Obama wants. Job No. 1 of all his advisors is to keep him out of trouble, which, if one considers the immense responsibilities of the Office, seems like a mirage to us. Ergo, the flip-flops.

If you do not know where this roller coaster ride will lead us, unlike you, we know where we are heading.

The Middle East has the highest concentration of tyranny in the world combined with the highest concentration of wealth, ignorance, and violence. No other patch on our planet can compete with our propensity to gravitate away from the civilized world with Islam either leading or trailing with so much violence against so many. We are the gate-less human zoo of the world with savage animals running amok. .

What do you think usually happens when the teacher leaves the classroom of some 25 rowdy students? Fights erupt. After yesterday’s speech of Mr. Obama and after so many disfranchised and violent Arabs watched the world wash its hands of our zoo by letting the aggressor animals aggress, the race is on for the greatest destabilizing period of our history. Going forward, do not even try to get in the middle of the Middle East. Your nose will get bloody and you may lose an eye or a hand.

Forget Arab oil and start Fracking furiously. It’s a human zoo out there.

Every country is on its own and every country has 1,000 reasons to attack its neighbors and its neighbor’s neighbor. Have you ever tried to break a fight between two violent Bedouin cousins? The British drew the borders of the region because they could not break them themselves.

Next time we all feel really in danger, remember that the uninformed American public voted because of a silent President golfing his 8-years away. They led and he let them lead.

Obama also decided that a mass murderer should get amnesty and the innocent children and women of Syria should get death warrants.

A brave new world with Mr. Obama in power.

US Policy in the ME: When Confronting a Virus, Build More Hospitals
Arab and Muslim role models
Assad Declaration of Victory is Obscenely Premature
Assad Genocide 429

Loading...
Newer Post
Assad forces said to use poison gas in new Damascus attack
Older Post
Syria’s Plan to Give Up its Chemical Weapons Could Make Things Worse, Not Better