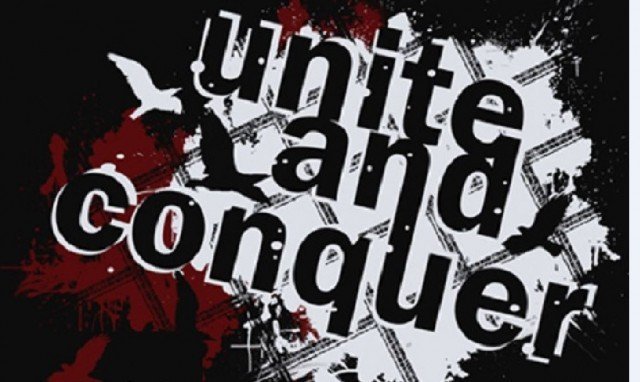 April 27, 2015 6:31 pm 0
Senior al Qaeda leaders reportedly released from custody in Iran
The head of the snake
Iran the cunning chameleon according to Harold Rhode

It is a well-known fact that the Assad regime has survived for so long, even though its true base of support is limited to about 30% of Syria’s population, to its strategy of ‘divide and conquer’ it has deployed often against any organization or group it deemed dangerous to the status quo.

In applying the ‘divide and conquer’ strategy, the Assad regime had to resort, often, to extreme measures such as forming or empowering extremist religious elements. We all remember the Fatah al-Islam Assad established to foment unrest in Lebanon after President Bush forced Assad out of the country.

As a counter measure to Assad’s strategy, the Saudis forged their own solution based on the premise of ‘Unite and Conquer’. Call it Saudi Arabia new unite and conquer spirit.

Over the last year or so, Saudi Arabia has changed its strategic thinking by ignoring which group of the Syrian opposition it should support. The Kingdom realized this kind of contemplative endeavor helps Assad because it plays into his hands. Instead, The Kingdom has been attempting to unite the various rebel groups (Excluding ISIS) in order to conquer.

The strategy seems to have worked well considering the new military gains the rebels have been making against the regime.

A senior Syrian oppositionist who has been supplying weapons to the rebels attributed the reasons why Assad has been losing on the battlefields to two factors:

“They’ve [al-Qaeda, Nusra, FSA, Ahrar al-Sham] put their differences aside. Saudi is not as concerned as it was by who among the rebel groups is winning, as long as it’s not [Isis]. They’ve convinced everyone involved in Syria that the real enemy is Iran.”

“I would put the advances down to one word: Tow”

‘Tow’ refers to the American-made missiles Saudi Arabia has been supplying the Sunni rebels and which have changed the equation on the battlefields in their favor.

In brief, Saudi Arabia new unite and conquer spirit coalesced the rebels to focus on Iran and supplied them with potent weapons Obama refused to supply when the defectors from the Assad armies formed the Free Syrian Army, which was mostly led by moderate or secular high-ranking military officers.

For some, Saudi Arabia new unite and conquer spirit in support of the rebels, some of whom are quite extremists, may pose a danger to the region in the future, However, we believe the Kingdom must be in control of the groups to the extent it could starve them of funds and weapons should they go rogue beyond the task of defeating Assad and indirectly Iran.

Israeli silence on this issue speaks volume about the Jewish State trust in the Saudi strategy, whose aim is to weaken their common enemy Iran.

Saudi Arabia new unite and conquer spirit seems to address the notion that if Iran could foment unrest using the terrorism of Hezbollah, Saudi Arabia is sending the message to Iran it could respond to Iran via the same methods without getting its hands dirty.

With Assad’s defeat looming on the horizon, Saudi Arabia is showing Iran that it is ready to confront its terror with the same savagery of its proxies in Hezbollah, Assad, and the Houthis.

Iran may have just discovered how hard it is going to be to spread its wings in the region uncontested. Maybe, this is why the IRGC is accusing Saudi Arabia of treachery. It is sensing it has awakened the Sunni giant from its slumber.

Senior al Qaeda leaders reportedly released from custody in Iran
Is the US now a proxy of Iran?
Assad is al-Qaeda
Middle East News 220 Syrian Revolution 1335