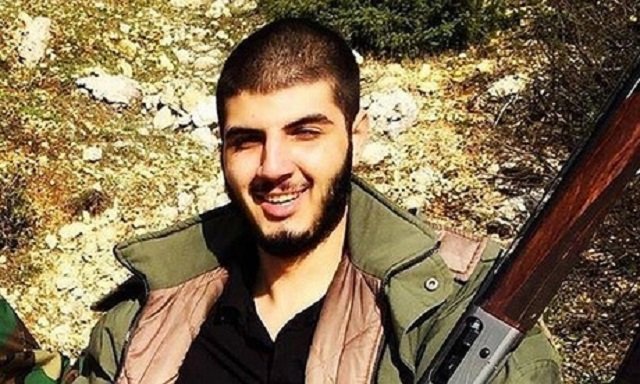 Assad Sentencing Another Assad? Are You Kidding?

January 22, 2016 9:51 am 0
Bird of a Feather Flock Together
With Obama’s Secret Help, Assad Encircled Aleppo
Hariri calls on Hezbollah to withdraw from Syria

A cousin of Syria’s psychopath Baschar al-Assad has been sentenced to 20 years in prison for the murder of a military officer last summer, a security source said Friday. This must be the cruelest joke of the month that people are lapping like kittens. One Assad sentencing another Assad? Are you kidding?

Goebbels must be dancing in his grave for this propaganda coup.

A court in Latakia on Thursday sentenced Suleiman Assad to 20 years in prison for the murder of Colonel Hassan al-Sheikh.

Yeh, sure. Trust us, Suleiman al-Assad has been sentenced to 20 years at the Four Seasons or in exile in Ibiza. We defy the regime to let human rights organizations visit and monitor his prison cell.

The killing of Colonel Hassan Sheikh by Suleiman al-Assad provoked outrage from many in the pro-Assad heartlands with some calling for his execution. Suleiman al-Assad reportedly killed Sheikh after he “overtook him at a crossroads”. Did you know the Assad family original name was “al-Wahhish“, which translates from Arabic into the name “Beast“?

The murder took place in August on the road between Latakia city and Qardaha, the ancestral village of the Assad family.

Latakia province is a regime stronghold and heartland of the Alawite minority to which the psychopath, Sheikh and Suleiman Assad all belong. The incident raised tensions within the community.

Sheikh’s relatives said at the time that the psychopath Baschar al-Assad had pledged “to punish the perpetrator, whoever he is.” And they believed him.

Suleiman Assad’s father, Hilal Assad, a first cousin of the psychopath, headed the defense forces in Latakia city before his death in March 2014 during clashes with rebels in nearby Kasab. Hilal al-Assad was a barbaric savage who killed civilians for fun.

Assad Sentencing Another Assad? Are You Kidding?