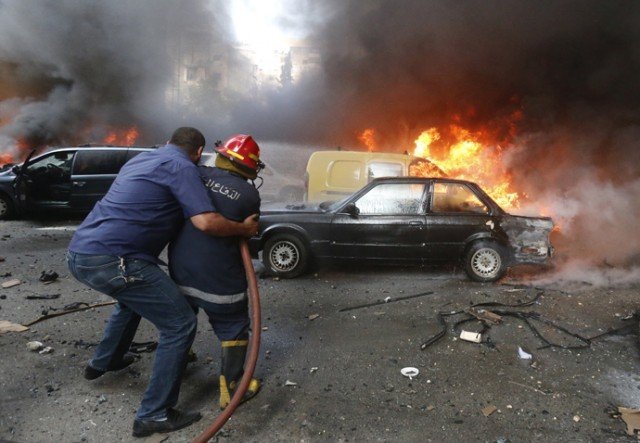 Deputy foreign minister Faisal Mekdad declared to The Guardian ?The only way to resolve the situation is to work with president Assad? who, according to Mekdad, is fighting terror against Jabhat al-Nusra, ISIS, and of course the Free Syrian Army the West has been supporting.

There is no resistance to Assad?s terror in Syria whatsoever. For his regime of terror, everyone who opposes him is a terrorist.

After the arsonist created and released ISIS prisoners from his jail cells, now comes the role of the firefighter.

Who has not seen this movie before?

For those who have been fooled once before, shame on Assad, but those who are about to be fooled again, shame on them.

The role of the firefighter Assad is embracing today is probably the most important role he will ever play again. Support for his regime by Iran is taking its toll on the Iranian economy and any western country would do well to let Assad languish on his own. Coming to his aid to combat the terror he has created is lunacy.

Many forget that standing by Assad also means standing by the Iranian regime and Hezbollah. This retina is not detachable.

Going to the terror well too often is not paying off for the Assad regime and it behooves us to let him learn his own lessons. Any Western support in terms of an intelligence grand bargain to relieve Assad from the pressure of his own creation, he will live another day to threaten the West again with his arsonist disposition and tendencies.

Let Assad learn the hard way that terror no longer pays any dividends.