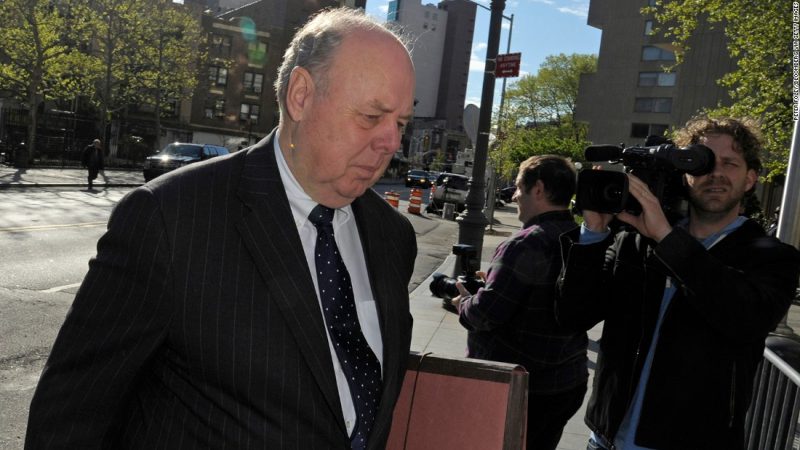 John Dowd, Donald Trump’s lead attorney on the Mueller Russia probe, has resigned his post today. His resignation has opened the door to more combative attorneys, like Joe DiGenova and his wife Victoria Toensing, to take control of how Trump would respond to the investigation. In our opinion, Dowd resignation means Mueller could unravel Trump Putin lovefest and the intrigue surrounding Trump’s admiration of Putin.

It also means that DiGenova’s bulldog approach may also expose the role Clinton and Obama played in the Steele Report to include the unmasking of names to illegally monitor Trump and his campaign staff. Digenova will pick-up on where the FISA warrants left off to connect some of the dots missing in this whole fiasco.

There is no doubt that Trump’s fascination with Putin is damaging the perception people have of this President. It is truly and utterly stupid for Trump to have called the thug Putin to congratulate him on winning a rigged election instead of castigating him for his nerve gas attack against Sergei Skripal and his daughter on British soil.

Unravelling the reasons behind this Putin Trump obsession is imperative to understanding the production of this horror of a runaway, above-the-law show the public has been witnessing. It will answer tough questions such as: Is the intel community’s anger with Trump personal or based on real threats to our Republic? What are the root causes for Trump’s behavior with regard to our worst enemies? Does Trump expect to save his real estate business, after he leaves office, by pandering to the Russians today regardless of national security interests? You know well Trump would do it in a heartbeat. For that reason alone, the Mueller investigation is so important to our nation.

Mueller has subpoenaed Trump business records, especially those related to his dealings with Moscow. Foretelling the subpoenas was a warning Trump issued with regard to family finances. Bloomberg View described it this way:

Last July, President Donald Trump warned the special counsel Robert Mueller that it would be a “violation” for him and his group of Justice Department investigators to examine the Trump family’s finances. The president agreed with a New York Times reporter’s question about whether doing so would amount to crossing a “red line.”

Mueller apparently has decided to cross that line anyway. The Times reported on Thursday that Mueller’s team has subpoenaed Trump’s company, the Trump Organization, for records pertaining to a number of business deals — including some related to Russia.

We believe that between Trump’s red line and the Dowd resignation, Muller could unravel Trump Putin lovefest. By issuing a red line, Trump simply marked the way to angling Mueller investigation with neon breadcrumbs.

The hiring of Joseph DiGenova and Victoria Toensing to protect Trump from Mueller will create lots of fireworks in the coming weeks and months. DiGinova is not a man to mince his words or to play nice. He will be ferocious and his accusatory fingers will pry open many little secrets some in Washington want to keep sealed away.

The American people need to know about the Trump Putin lovefest; they also need to be informed about any conspiracies the Obama/Clinton team weaved to bring down a duly-elected President. The Steele fiasco points to that conspiracy.