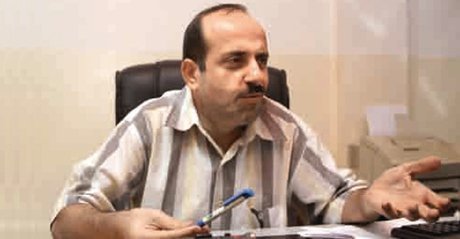 Hezbollah’s Influence in Africa Is Superior to Obama’s

The Gambian government has withdrawn its expulsion (Link has seen been removed) of a powerful business magnate accused by the United States of funding Hezbollah party. in fact, this shows Hezbollah’s influence in Africa is superior to the influence Obama wields.

Lebanese-Gambian multi-millionaire Hussein Tajudeen, a former close friend of President Yahya Jammeh, had been ordered to leave the country earlier this month for “unacceptable business practices that are detrimental to the Gambian economy,” according to the presidency.

But the government said Saturday that the decision to expel the businessman and his associates had been “rescinded”. Hezbollah’s influence in Africa is growing more potent than American influence. Thank you Barack Obama.

The Gambian Government issued a statement on television late Saturday:

“Mr Hussein and his associates are hereby allowed to continue to live and do business in the Gambia,”

The expulsion order was lifted after Tajudeen agreed to carry out his activities legally, the statement added. Hezbollah and legally is as oxymoronic as it gets.

Tajudeen, owner of the nationwide Kairaba supermarket chain and a Gambian resident for 16 years, was the country’s main importer of rice and flour as owner of the parent company, Tajco.

The business is alleged by the U.S. to be part of a multinational network that has generated millions of dollars for Hizbullah, designated by the White House as “among the most dangerous terrorist groups in the world”.

Again, this reversal by the Gambian Government in spite of US pressure shows Hezbollah’s influence in Africa exceeds America’s under this administration.

U.S. sanctions imposed in December 2010 targeted a network of businesses owned or controlled by Tajudeen and his brothers in the Gambia, Lebanon, Sierra Leone, the Democratic Republic of Congo and the British Virgin Islands.

The Gambia has expelled Tajudeen before, in June 2013, for stocking groceries months past their sell-by date.

He was given a presidential pardon and permitted to return four months later.

Hezbollah’s Influence in Africa Is Superior to Obama’s

The Terror Whisperer or Why I Want to Hear Netanyahu Speak
The Thomas Affair: A Letter to Wayne State University
Sunnis and Shia Can Build Syria Together
Slippery Barack Obama 976