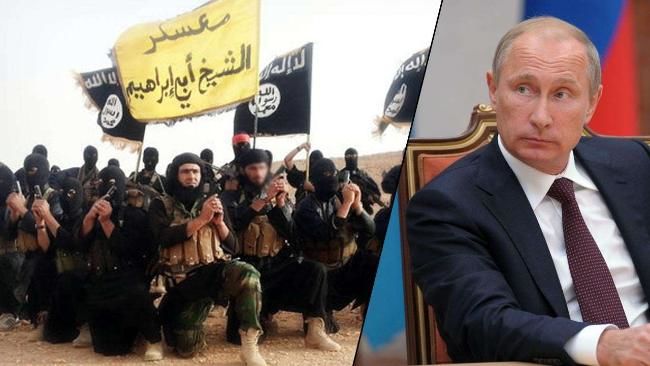 Like a chess board, Islam, oil, the Kurds, Iran, Assad barrel bombs, US allies security, Edward Snowden, WikiLeaks, and ISIS are all pieces Putin is managing in Obama’s absence, or acquiescence (Read Valerie Jarrett: Discover the Networks) and Is Valerie Jarrett a Spy for Russia Too?

Each piece has a role in weakening America and Europe. As we explained earlier, Assad’s barrel bombs are Putin’s way to threaten Europe’s security because they help ISIS recruit and terrorize.

While Saudi Arabia has used oil to its advantage as a weapon against Iran and Russia, Putin’s leaking of Saudi cables through WikiLeaks show that the war that started in Syria has gone granular, and each move on the board is having significant effect on the overall endgame.

As an example, ISIS, which was forged by Assad with probably help from Russia’s FSB, today is serving Russia far more effectively than it is serving Damascus.

On the U.S front, ISIS serves Putin because it is embroiling America into another Middle East war while making her look as the enemy of Sunni Islam. ISIS is Putin’s Grand Master move. Unfortunately, because of the inexperience of Obama’s national security staff, America is simply unable to respond effectively to Russian cunning.

On the Saudi front, ISIS serves Putin because it is a larger threat to Saudi Arabia than any other organization. ISIS is Putin’s response to arming the rebels in Syria and to its oil policy damaging the Russian economy.

The West can diminish ISIS capacity to harm if only it could act purposefully. Obama is reluctant either because of his intimate advisor Valerie Jarrett’s Communist roots, which may serve their ideology to see America suffer or because he still has nightmares watching a shirtless Putin stare him down. Either way, Putin is making the West look weaker than weak.

As we have written in a previous article entitled, “Assad Barrel Bombs Are Spark Plugs to ISIS Engine of Terror“, weakening ISIS requires even handedness on the part of Obama’s policies. This means he must treat the terror of Assad, Iran, and Hezbollah as equally dangerous as the ISIS terror.

It means Obama should also strike the Assad Air Force to stop the killing of innocent Sunni civilians the Arab street is defending by aligning itself with ISIS. It sees ISIS as the ultimate Sunni power in the face of a global conspiracy in support of Shiite terror against Sunnis.

Stopping the Assad barrel bombs will go a long way in limiting Putin’s damage. This is why he vetoes every resolution on Syria aimed at protecting the  civilians.

Why would Obama not strike Assad’s Air Force? You have to ask Valerie Jarrett whose Communist family ties and pedigree makes you wonder what is wrong with Barack Obama.

UK Foreign Secretary and French Foreign Minister: Assad cannot be Syria’s future
Playing with fire
If we do not defeat Assad, ISIL may defeat us
Western Appeasement 481