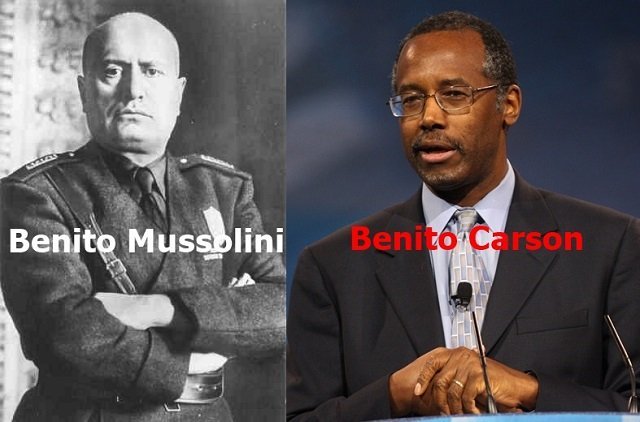 November 21, 2015 12:06 pm 0
Presidential Debates Are Boxing Matches, Not Beauty Contests
The Donald and the Demagogues
World Reacts With Horror

America’s pendulum swings towards ugly fascism. America is experiencing the kind of change that precedes revolutionary wars. In 2008, America voted for a communist in the White House, and in 2016 it looks though, instead of the grandfatherly Reaganesque Republican candidates known for their conservative compassion, America’s top two candidates are fascist demagogues that cannot differentiate between Muslim terrorists and Muslims, or terrorists and refugees. America’s pendulum swings towards ugly fascism, and we cannot even notice it.

Take the fascist Donald Trump. He wants to start a registry for American-Muslims that could slide us into other sectarian or race registries. As if watching the Middle East melt down with terror as a result of divisions over religion is not enough for Trump, he wants to plant the seeds that eventually will start an American civil war here at home. Is the man stupid or what? Of course, after immense furor on both sides, Trump backed down from the idea, but not before he showed us the fascist in him.

Maybe Donald Trump would like to tattoo American-Muslims with their registry numbers just in case they do not meet his fascist expectations.

Then you have the new fascist on the block now officially named by us Benito Carson for the real Italian Benito. Benito Carson thinks Aylan Kurdi, the 3-year old infant who drowned on the shores of Turkey, is a ‘rabid dog’. Even though, there has never been an incident of violence or terror by any Syrian refugee against Europe or the U.S., Benito Carson’s choice of the words ‘rabid dogs’ is intended to vilify every Syrian refugee trying to find shelter in America while sounding reasonable in the comparative. The problem is fascism cannot hide in reasonable words.

Why can both concepts no longer co-exist side-by-side with the rise of the likes of Benito Carson and Donald Trump? Why can we not fight Islamic terror, but also maintain the traditions that made this nation so great? Why are Republicans candidates deliberately confusing the two? If we do not differentiate clearly “Muslims” from “Muslim terrorists” or “terrorists” from “refugees”, we may find ourselves facing Germany circa 1933.

It is our hope that Americans would not falter and fall again in 2016 as they did in 2008 when they elected Barack Obama. Swinging the pendulum all the way to the extreme right will only make matters worse for this country’s unity. If Syrian refugees who caused no harm to anyone can be called ‘rabid dogs’ by Benito, next in line is everyone else who disagrees with him. This makes Benito Carson the mirror opposite of Barack Obama.

Presidential Debates Are Boxing Matches, Not Beauty Contests
World Reacts With Horror
The Donald and the Demagogues
Elections 2016 42