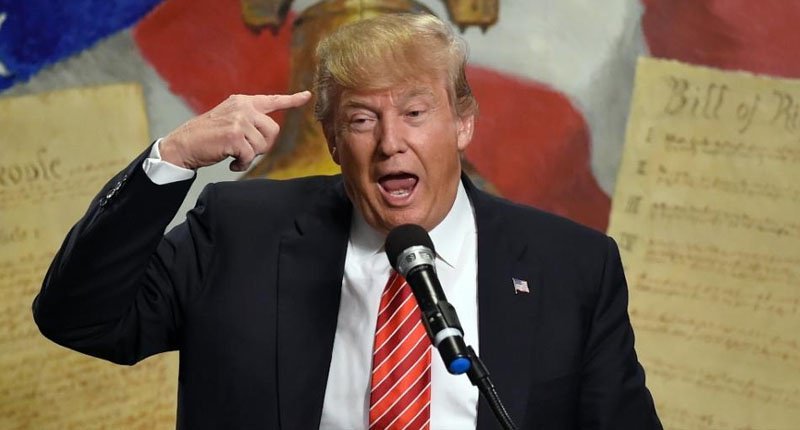 As shocking as this may sound, there are no laws on the book that would force a U.S. President to undertake a psychiatric profile test to assess his competency. The mental fitness to make larger-than-life decisions affecting billions of people around the world. No standard process for an interview, no mental exam of any sort. The only exam administered is a physical one by a White House physician. Investigating Donald Trump mental health by an Act of Congress is an absolute necessity considering Trump’s erratic behavior.

The warning signs are there for all to see on his Twitter feed. There are experts in the field who have already expressed grave concern over Trump’s mental abilities even though the Goldwater Rule prohibits psychiatrists from making public diagnosis without formalized sessions. The rule, as described by Wikipedia, states:

The Goldwater rule is the informal name given to Section 7 in the American Psychiatric Association‘s (APA) Principles of Medical Ethics[1] that states it is unethical for psychiatrists to give a professional opinion about public figures they have not examined[further explanation needed]in person, and from whom they have not obtained consent to discuss their mental health in public statements.[2] It is named after presidential candidate Barry Goldwater.[3][4]

Bandy Lee, who is an assistant professor in forensic psychiatry at the Yale School of Medicine, is one of those people who believes our President is mentally unfit. She and 26 other colleagues wrote a book to include several essays they titled “The Dangerous Case of Donald Trump“, which became a New York Times bestseller.

We, on the other hand, believe in investigating Donald Trump mental health by an Act of Congress.

The congratulatory call our President made to Vladimir Putin, a violent dictator spreading terror across Europe and the Middle East, in spite of all of his advisers asking him to refrain from making that call, speaks volume about his state of mind. The fact that he is unwilling to listen to others. The fact that he single-handedly makes all the decisions, small or big, regardless of where it may lead the country is a reminder of another time prior to WWII by another man named Adolf Hitler.

Grant you, Trump is not a violent man per se. But, if he is mentally deranged, he could lead us to irreparable violence.

We believe Congress should pass a law that requires a U.S President to submit, under certain circumstances, to a psychiatric examination in order to see how mentally fit he is to perform his/her duties. The law would be triggered by some extraordinary mechanism. If we seek assurances that our President is physically healthy, it is as important to also seek assurances he is mentally fit to lead us.

There are several incidents in which Donald Trump demonstrated lack of common sense or good judgment. But two come to mind, which we believe epitomize his contorted way of thinking. The phone call to Putin to congratulate him for winning a sham election days after Putin poisoned an ex-spy in London using a deadly nerve gas, and when Trump asked Putin, publicly, if he could hack Clinton’s email server to recover the 33,000 emails Clinton deleted calculatingly.

We believe the U.S. Congress should act swiftly to pass a law to protect the American people from a President whose mind is clearly ailing.

State of the World: Year Eight of Barack Obama
A Fascist Congressman Named Jeff Fortenberry
Assad Must Go. Whether He Wants To or Not.
Opinions 803 Traitor Donald Trump 115