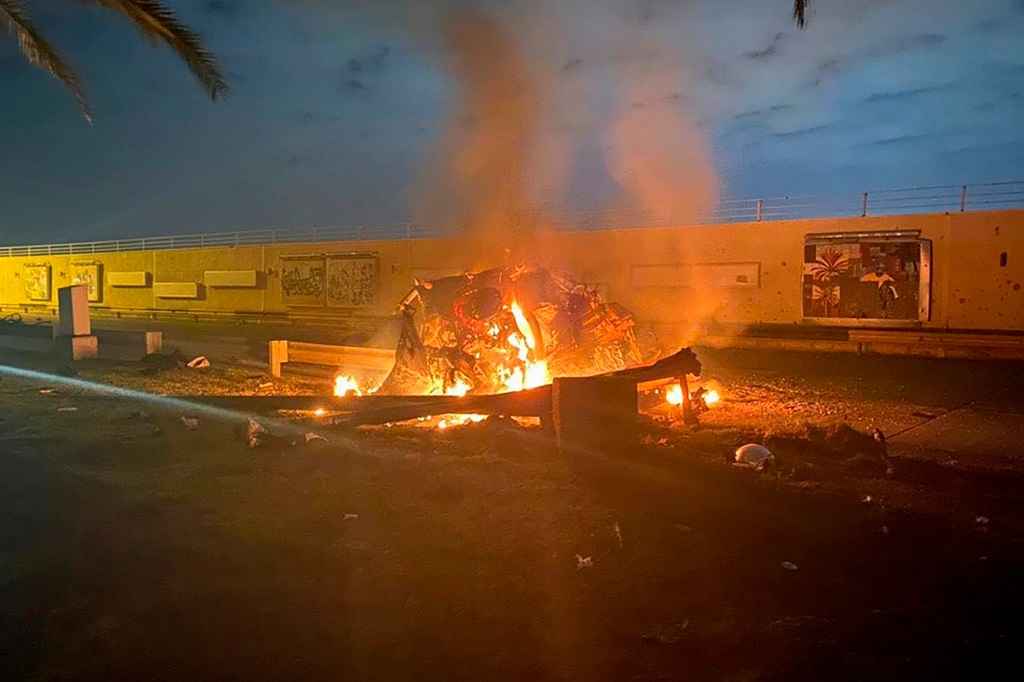 Fresh Sanctions Against Assad But No Soleimani Solution

December 24, 2020 6:21 am 0
Ten Rules of Leadership for Syria
The Delusional Assad World in War and Peace
Thanks to Israel Syrian Civilians Are Now Safe

The United States on Tuesday slapped fresh sanctions on Syria, targeting its central bank and blacklisting several people and entities in a continued effort to cut off funds for Chemical Assad’s government. Fresh sanctions against Assad but no drone attack to follow in the footsteps of General Qassem Soleimani. U.S. security establishment must really fear Vladimir Putin for not taking care of the problem once and for all.

What good does a live Assad do for the region is beyond us. In the worst scenarios, like Khamenei replaced Soleimani, so will Putin replace Assad with a more tempered ruler.

The latest action, building on sanctions imposed on Syria earlier this year, marked another round in a U.S. campaign to push Assad’s government back into U.N.-led negotiations to end the country’s nearly decade-long war.

U.S. Secretary of State Mike Pompeo said in a statement:

The United States will continue to seek accountability for those prolonging this conflict.

MILLIONS UPON MILLIONS, YET THE US PROLONGS HIS LIFE

Millions of people have fled Syria and millions more have been internally displaced since a crackdown by Assad on protesters in 2011. His terror led to civil war with Iran and Russia backing the government and the United States supporting the opposition. Yet the United States seems unwilling to find a permanent solution to Assad’s terror in the region.

The U.S. State Department also designated Asma al-Assad. She is the British-born wife of the Syrian psycho, accusing her of impeding efforts for a political resolution to the war, and several members of her family, Pompeo said. The U.S. has previously hit Asma al-Assad with sanctions in June.

Tuesday’s action freezes any U.S. assets of those blacklisted and generally bar Americans from dealing with them. The U.S. will also hit all those non-Americans that engage in certain transactions with the targeted people and entities.

Fresh Sanctions Against Assad But No Soleimani Solution