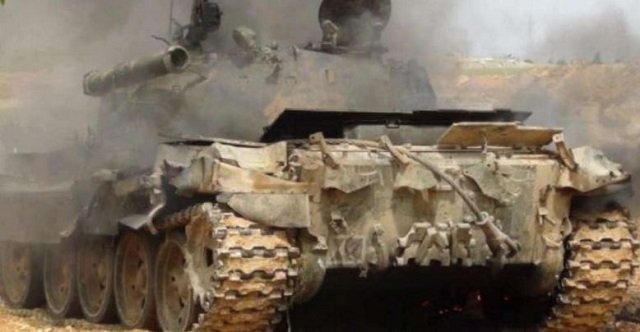 Hollande: Russia’s Intervention Will Not Save Assad

October 16, 2015 6:08 am 0
Amnesty: Assad Profiteering From Widescale Disappearances
Are Syrians Being Traded for PKK Terrorists?
Will the Real Moderate Muslim Please Rise?

Russia’s intervention will not save Assad, French President Francois Hollande said Friday after an EU summit called for a political transition to a new leader.

“It is very clearly stated that Bashar cannot be the future. We must go as fast as possible to a political transition,” Hollande told a press conference after the summit in Brussels.

“Russia’s intervention from this point of view can bolster the regime but will not save Baschar,” he added.

Why would a European liberal secular country stand against Assad? Because France knows Assad is just a tool for terror and Islamism.

Russia said Thursday its warplanes had eased back on air strikes in Syria as regime forces pressed a widening ground offensive against rebels.

The Kremlin said the goal of the aerial operation that Russia launched in Syria on September 30 was to help Assad’s beleaguered forces fight the jihadist group Islamic State. The truth is that Russia is in Syria to control the Middle East in the absence of Barack Obama and his detrimental policies.

Russia’s entry into the conflict has raised fears of a potential confrontation with the U.S.-led coalition that began air strikes against Islamic State in Syria and Iraq more than a year ago.

More than 300,000 people have been killed in Syria since fighting broke out in March 2011, and more than four million have fled their country.

Hollande: Russia’s Intervention Will Not Save Assad