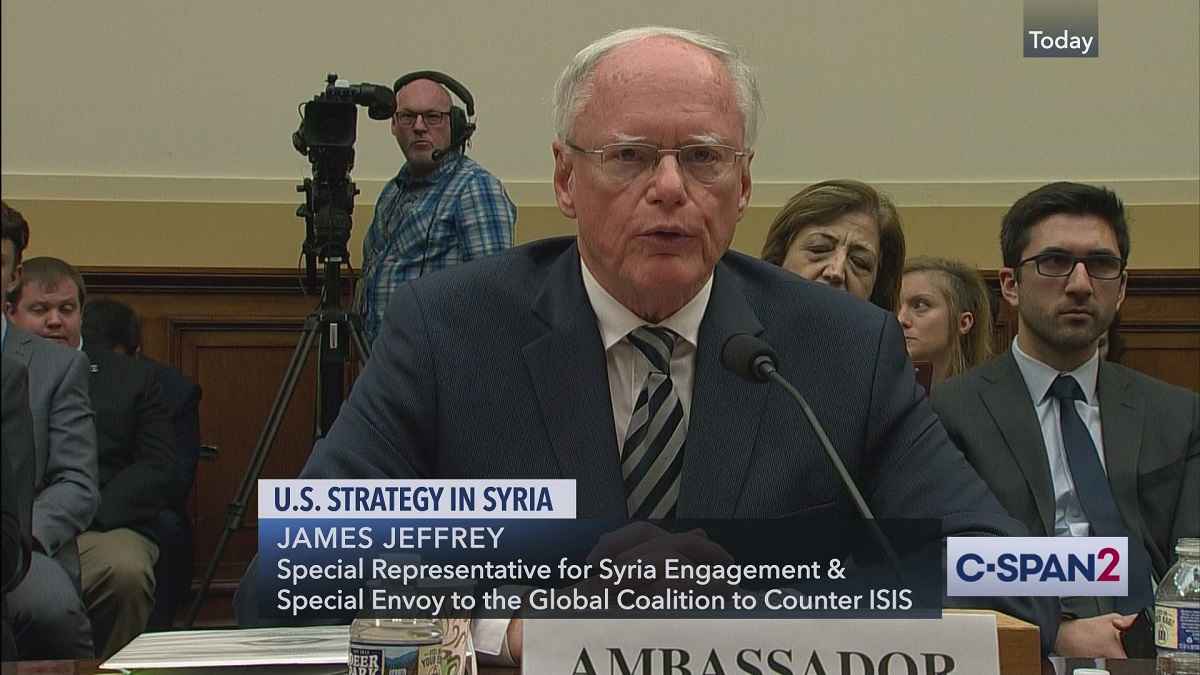 June 23, 2020 3:05 pm 0
Why Assad Dictated Only 19 Cases of Coronavirus?
Assad on the back foot
Global Security is at Risk When Assad Muzzles COVID-19 Cases

In an interview with Asharq al-Awsat, US envoy to Syria said that US goals are not to remove Assad from power. It’s one thing not to disclose your goals, it’s quite another when you make it clear to a war criminal that the United States is willing to forgive him and forget his atrocities. The grave mistake Ambassador Jeffery just made has deep consequences.

Part of the The Caesar Act’s aim is to protect the Syrian civilians from the Assad violence. But when you also protect the man committing the violence with the same breath, America loses all its credibility. One cannot spin the message one day, and re-spin it again in the opposite direction the next. Ambassador Jeffery just diluted any goodwill he built applying the Caesar Act to hold the regime accountable.

How can the U.S. seek accountability if it also welcomed Assad at the head of the table too? After Ambassador Jeffery’s statement with regard to keeping Assad in play, we believe the Caesar Act was just that. An Act to pressure, but not to bring justice to the hundreds of thousands of Syrians who died because of him.

At this point, we highly recommend for Ambassador Jeffery to go through every picture Caesar caught on his camera. He needs to see the 55,000 images of tortured souls asking the world not to forget them. Because James Jeffery just forgot everything Assad has done to the Syrian people.

The Cesar Act has been enacted with the aim to enforce:

Those are the words spelled in the Caesar Act.

Unless, there are some negotiations underway now and Assad demanded for the U.S. to confirm publicly it had no intention to remove him from power

NOTHING IS OFF THE TABLE

In the diplomatic circles, the mantra “Nothing is off the table” signals a unique American tour de force. It demonstrates power and resolve while boasting that our diplomats are seeking sensible solutions. America does not tell its enemies you are safe from our power and all we have is just one or two tools to force you to negotiate.

You don’t tell Assad he is safe while applying extraordinary pressure that now looks like just an act of deception. You can stay quiet about the subject matter, which would render Assad even more nervous as he attempts to guess U.S. goals. But what you don’t do in diplomacy is weaken your hand from the onset. Unless, there are some negotiations underway now and Assad demanded for the U.S. to confirm publicly it had no intention to remove him from power. If so, the mistake Ambassador Jeffery just made is far more grave than earlier anticipated. If so, Assad or the Russians are spinning some lovely wool over our eyes.

At TFS, we are not fully privy of the tactics the Trump Administration is applying against Assad. Mind you though, there are certain historic ploys the U.S. almost always calls upon but which the US is totally ignoring with Assad. “Nothing is off the table” is one such tactic. “We don’t negotiate with terrorists” is another. Their timeless use have served this country again and again. So, what are we doing letting Assad off the hook so readily?

What signal are we sending to the Claus Von Stauffenbergs of Syria to act to save the country? Who is going to conspire against Assad internally, from his inner circle, after the State Department signed off with its seal approving Assad?

If Ambassador James Jeffery truly thinks Assad is going to turn on Iran and Hezbollah to side with American wishes just because the U.S. slapped additional sanctions on the regime, then our concern for who sets policy on Syria is exponentially more alarmed

The United States has provided Assad with so many chances in the past, it is becoming the only policy surviving any other on Syria. Everything seems to be negotiable except Assad’s removal from power. The funny thing is that Assad has disappointed the world over and over again with his lies and promises that he never keeps. We have yet to learn from our mistakes, and honestly it’s embarrassing.

If Ambassador James Jeffery truly thinks Assad is going to turn on Iran and Hezbollah to side with American wishes just because the U.S. slapped additional sanctions on the regime, then our concern for who sets policy on Syria is exponentially more alarmed. It shows a certain level of dangerous ignorance.

Assad lives to defeat the United States and to destroy Israel. He is far from the pragmatic Hafez, his father, the U.S. negotiated with and who kept his promises. This is a different and far more dangerous animal we are dealing with here.

Furthermore, how will such statement resonate with the average Syrian? That Syrian is not only seeking justice and Assad punishment for his war crimes, but he needs assurances that the specter of the Assad terror is now in his rear view mirror. Forever. No more Assad just as Germans live comfortably knowing there is no more Hitler. For Jeffery to jump so quickly to comfort Assad without considering the consequences was a grave mistake.

One that he cannot dial back or un-say.