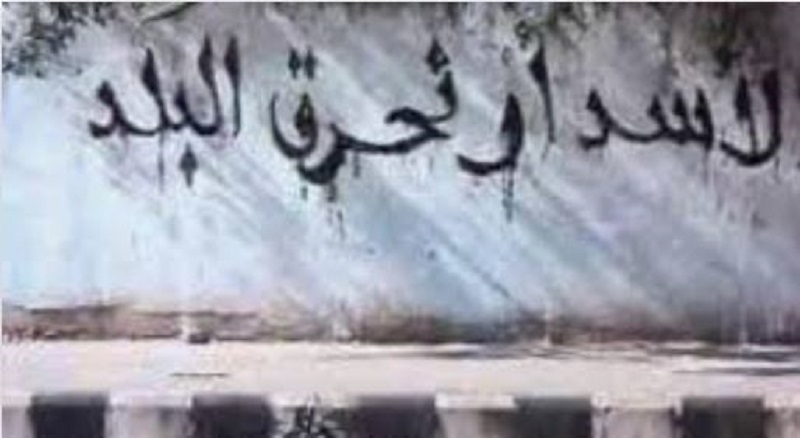 Why Assad Dictated Only 19 Cases of Coronavirus?

April 7, 2020 6:44 pm 0
Flopping Cadaver Will Wait Out President Trump
Neither Russia Nor Iran Can Be Part of the Syrian Solution
Psychopath Assad Threatens the Whole Middle East

In the encyclopedia of numbers, 19 is a unique number with an important significance. Not only is it a prime number only divisible by itself and one, but more importantly, when combined, it represents the first and the last single digit numbers. This unique feature is the reason why Assad dictated only 19 cases of coronavirus, which has not changed for almost two weeks.

The super thug is sending the world a message he is as unique as the number 19. That he is the first best ruler and the last best ruler of Syria. His real message? Syria starts with ME and ends with ME as well. It is a reminder to the world of “Assad, or we burn the country” slogan he invented, if you asks us.

This is our theory because we, unlike others, have roamed inside the sick mind of Assad too many times. He is mocking the world, while pounding his chest, when he uses number 19 to represent the total number of coronavirus cases.

Syria is going through a vicious war. Its army is co-mingling with mercenaries and terrorists arriving from Iran (IRGC), Iraq (Kataib Hezbollah), and Lebanon (Hezbollah). All hard hit countries with ghastly statistics even though, to the best of our knowledge, neither Iran nor Iraq have acted with transparency with regard to their real COVID-19 cases. One, then, must dig deeper as to why Syria has had only 19 cases for so long.

Well, now we have our answer. Of course, now that the word is out as to why, the number of cases would certainly change soon. The thug in Damascus has sent his message, and someone picked it up.

ASSAD OR WE BURN THE COUNTRY

Assad supporters, whom Assad instigated by hook and by crook, have in the early months of the war that began on March 15, 2011 chanted openly “Assad or we burn the country“. It never happened in the history of mankind for one people and their madman thug to chant they want the madman to lead them or they burn their own country.

Not only that, but actually they did burn the country. Assad would rather burn and starve Syria than to step aside. Just imagine how brutal the scripts historians will write one day to define Assad and his rule. Already, one such courageous journalist and witness of Syrian history, Sam Dagher, has written one such merciless account, which he aptly named “Assad, or we burn the country“.

Just wait until Assad leaves this earth and his own supporters dissipate into the dust bins of history. Wait until the social media fools take sense of what they have done and whom they followed. Right now, they are drunk with his violence. But one day, many historians will expose Assad Stalinist barbarity only the darkest minds could imagine his real deeds.

But Assad thinks he is as unique and as important as the number 19. Assad truly believes he is a gift. How else can you explain only 19 cases of coronavirus cases in a sea of tens of thousands of cases all around Syria?

Except to analyze that a sick man is ending the world a message.

Why Assad Dictated Only 19 Cases of Coronavirus?