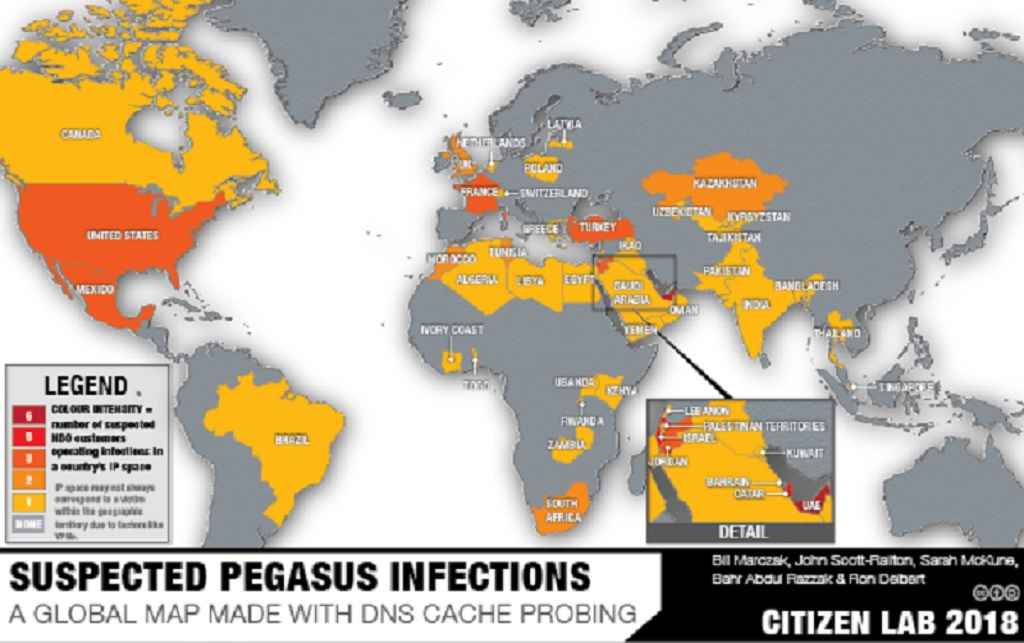 December 27, 2020 7:33 am 0
The More Trump Seeks Dialogue, the More Violent the Mullahs
Stand by France Against Religious Extremism
Saudi FM says to get rid of ISIS, Assad must go

A coalition of human rights groups joined legal action against the Israeli spyware maker NSO. Facebook originally filed the lawsuit accusing NSO of infecting its WhatsApp messenger. The coalition of NGO’s allege that the company “prioritizes profit to the detriment of human rights.”

NSO has been at the receiving end of bad publicity due to selling its software to such human rights abusers as Saudi Arabia, the United Arab Emirates, and many others. It is said that the sickly Mohammad bin Salman of Saudi Arabia deliberately infected the private phone of Amazon’s founder Jeff Bezos to spy on him. The infection he used is an NSO product.

The organizations – including internet rights group Access Now, London-based Amnesty International, and the Committee to Protect Journalists – filed an amicus or “friend of the court” brief in support of Facebook’s fight against NSO, which the social media giant accuses of having subverted its WhatsApp instant messaging service to hack into the phones of human rights activists and dissidents worldwide.

A GLOBAL CAMPAIGN TO STOP NSO

The brief, filed before the U.S. Court of Appeals for the Ninth Circuit, adds weight to the legal battle between Facebook and NSO. That battle started in October 2019. On Monday, a group of tech giants also filed an amicus brief . They warned that NSO’s hacking tools posed a danger to the safety of users across the internet. The tech giants include the biggest global companies to include Microsoft, Google, Dell, and Cisco

NSO is one of many Israeli companies that sell hacking software to government clients. It has long been dogged by allegations of complicity in abusive surveillance.

NSO did not immediately return a message seeking comment on the latest filing; but the company has argued that, because it supplies digital break-in tools to police and spy agencies, it should benefit from “sovereign immunity”. A legal doctrine that generally shields foreign governments from lawsuits.

NSO lost that argument in the Northern District of California in July. It has, since, appealed to the Ninth Circuit to have the ruling overturned.

Apple said it patched its iOS 14 to block one vulnerability NSO was taking advantage of.

Saudi FM: Assad has no place in Syria’s future
Past US Success Dooms This Hezbollah Terrorist
The UN Dropped a Second Bomb on Lebanon
Middle East News 220 Things That Matter 382