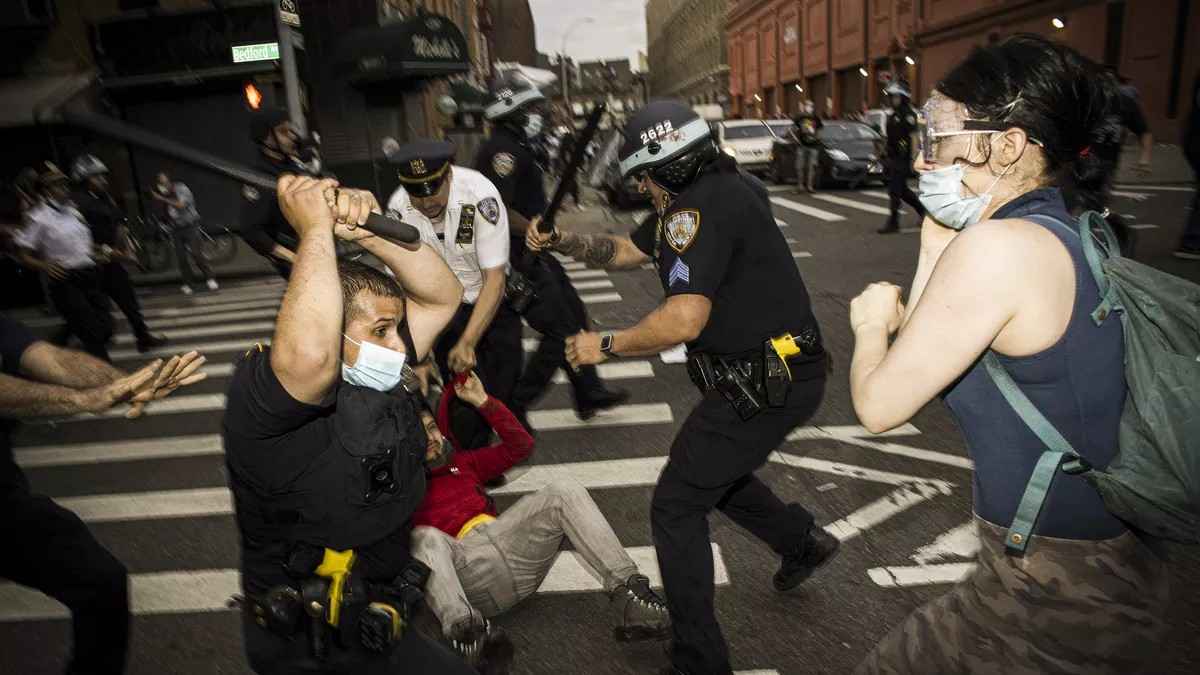 June 2, 2020 7:41 am 0
Global Security is at Risk When Assad Muzzles COVID-19 Cases
American Capitalism is Vulnerable to National Disasters
Assad is Blocking Coronavirus Testing to Areas Outside His Control

One would think that the President of the United States, with all the powers at his disposal, can contain the civil unrest taking place across many U.S. cities with calming rhetoric. One would think that Trump playing the Kremlin card in dividing America would be a wake-up call to his aides and the GOP. Unfortunately, this is not the case. President Trump cannot even grasp that the people of this country are hurting across the board.

Had he listened to his wife Melania, when she warned him to take the coronavirus seriously back in February. maybe his authority would not be questioned today. Instead, and according to a Vanity Fair article, he blew his wife off. We believe First Lady Melania Trump to be far smarter than her husband.

Donald Trump thinks the fact that he asked for an FBI investigation of George Floyd murder, that should be enough. How dare anyone protest the killing of Floyd after he ordered an investigation? Clearly, this President is so disconnected with what is happening in this country today. His divisive rhetoric and his Twitter bullhorn make Vladimir Putin tickle. The Kremlin leader does not need to divide this country as openly, Donald Trump is doing a fine job turning the people against each other.

Trump’s call with the Governors asking them to “dominate” their cities exemplifies just how little he understands the pain people feel. Remember three things that preceded George Floyd to understand why the perfect storm gathered.

First, Americans had to pay more taxes starting 2017 than ever before. All the while, Amazon, one of the most profitable companies in the world, paid no taxes in 2017 and 2018 on tens of billions of profits. Amazon will pay 1% tax in 2019. The poorest of the poor pay 10% tax rate in the U.S. Where is the fairness in this equation? In effect, the American taxpayers are subsidizing the richest pockets in this country. It’s corporate socialism. Pure and simple. This is Trump’s legacy. Enrich the rich.

American taxpayers are paying more and big corporations are paying none. The utter unfairness of America’s taxation system is the kind of thing that lurks in your subconscious ready to flare up any moment. It did with George Floyd’s death.

Then came Trump’s late response to the coronavirus, which caused 40 million Americans to lose their jobs and over 100,000 deaths. Had we been prepared, it is almost a certainty that we would have experienced fewer deaths and fewer unemployed. Many Americans remember Trump blowing it off . Witness, in the video below, what he said as the coronavirus became a grave concern to all Americans:

The third issue most on the minds of Americans as they filed for unemployment is the following: What does the future look like? The uncertainty of the coronavirus and the unemployment picture have an impact on the psyche of many Americans. There is a malaise gripping this nation that has set the stage for the civil unrest. Again, our out-of-touch President has no clue about these matters. All he cares about is what happens to him and only him.

TRUMP THINKS THE PEOPLE ARE THE ENEMY

Everything Trump has said or done since the outbreak of the riots has centered on stopping the protests. He is 100% right, to be sure, when it comes to rioters and looters. But not for peaceful protests he has no right to “dominate” because of the First Amendment. So, for Trump, it is about putting the “people in their place”. To even threaten to invoke the Insurrection Act of 1807 just shows the length this President is willing to go to put protesters in their place.

As far as he is concerned, the protesters are his enemy. He cleared the White House surrounding areas just for a photo-op to show he is “dominating” the protesters. His will only divide Americans even more. Just as Putin does to us.

One cannot miss the parallel between what Trump is doing in dividing us and what Vladimir Putin has been doing for years. This brings up the question: Does Donald Trump realize the parallels? It won’t be long before the media picks it up.