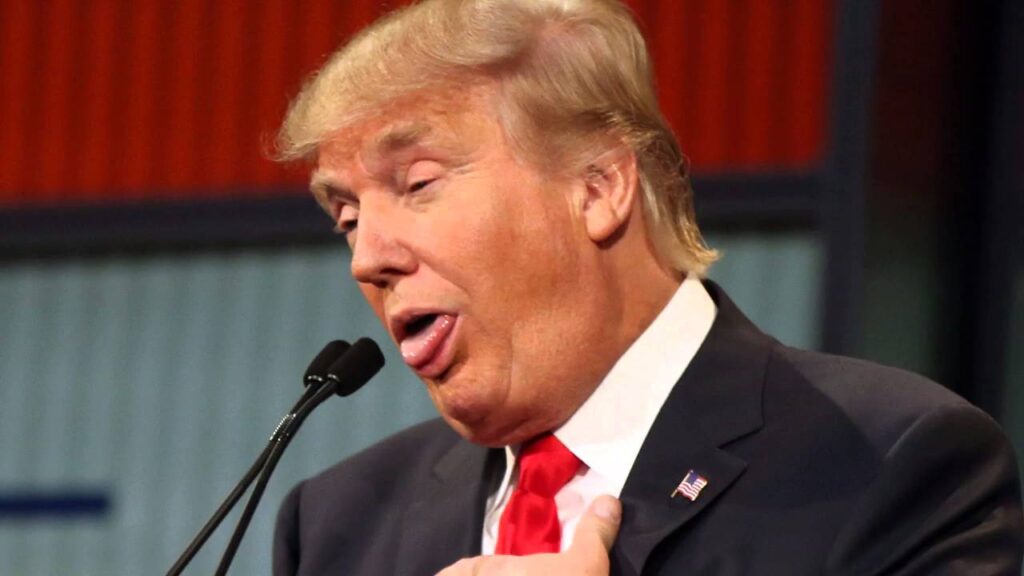 The Dumber You Are The Less Powerful You Should Be

In almost any mathematical certainty, there is an inverse relationship one finds between dumb and powerful. The dumber you are the less powerful you should be in any true democracy. Except in America today.

Donald Trump is the most visibly abrasive dumb president we ever voted into office, which makes him also the most dangerous to our democracy. His unfiltered views with regard to his surroundings are based on a mobster’s glimpse of a narrow world. One that believes any action to stay on top, no matter how illegal, is justified

Trump is just a con man, a crook, and a hoodlum. Except that his stage is not some construction site anymore. His stage is America and its democracy now in danger like never before.

Those who have analyzed infinitum his response to the question Stephanopoulos asked are not missing that reality about who Donald Trump truly is. Just a con man, a crook, and a hoodlum. Except that his stage is not some construction site anymore. His stage is America and its democracy now in danger like never before. The whole lot of it.

The Republican Party believes it can control Donald Trump; yet after the latest fiasco during his interview with George Stephanopoulos, it is clear the reverse is true. It is the GOP hustling to control the damage of his dumbness. It is Trump’s mobster mentality now in full control of the GOP and the poor Senators fighting over fist to limit the man’s damage every time he opens his mouth.

The dumber you are the less powerful you should be. Except in America where 62,979,636 American voters ushered Donald Trump into office. If one assumes buyer’s remorse is some 15%, we still have over 50 million dumb voters in this country who have no clue how dangerous this man is to their own country. The dumber they are the more powerful they have become.

When Trump called on Russia to hack Clinton’s email server to recover some 33,000 she deliberately deleted, his supporters called it a “joke”. Wonder what they are calling his latest treasonous remark. Mind you, we are not defending Clinton here. She is just a Nixon in a skirt.

Do you think we are going to have a Democrat-controlled Senate and White House in 2020? You would if you think the sun rises every morning. If we do not, kiss this country’s ability to stand to its enemies goodbye. Donald Trump, to benefit financially from all the rogue countries he is courting, would throw this nation under the bus if the choice was: Me or America.

At one point, this website and the opinions we wrote about Barack Obama whom we believe is a foreign policy disaster, considered the notion that Barack Obama was, by far, the worst U.S. President in America’s history. Until some dumb 62 million Americans voted for Donald Trump thinking that blonde mane surely can steer this country in the right direction.

We are not apologizing to Obama, but we are apologizing for remaining for the most part slightly critical of Donald Trump. At the time, we believed anyone is better than Barack Obama. Until now.

Every politicians in America on either side of the isle has some beef with him. Even those who back him today to show party unity would turn on him in five seconds flat once he is out power. To include our powerful Intel institutions, and the reasonable men who served under his administration. Most of them abandoned him in disgust.

Will Donald Trump die in jail? It is the only way American politicians can send a signal to the dumb 62 million who voted for him never to do it again.

The Dumber You Are The Less Powerful You Should Be