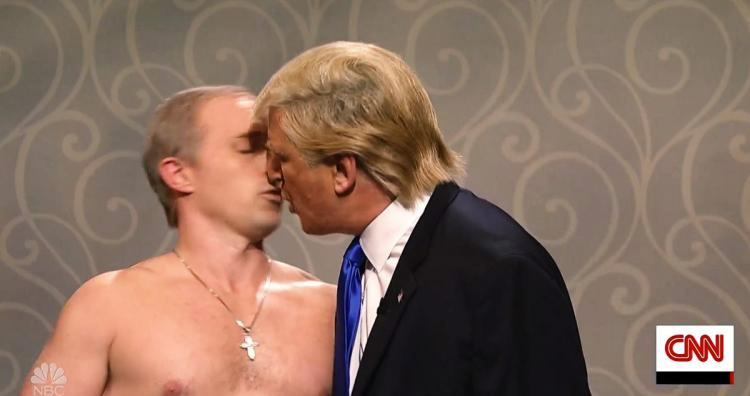 Who is Forcing Whom to the Negotiating Table?

September 18, 2019 5:00 am 0
Trump Playing the Kremlin Card in Dividing America
2020 Presidential Election Looks Uglier Than Ugly
Assad and Putin Are Planning for a Biden Era

So who is forcing whom to the negotiating table? Trump forcing Iran, or is it the other way around?

After Kellyanne Conway did not rule out negotiations between Donald Trump and Ayatollah Rouhani while oil fires are still burning in Saudi Arabia, Conway’s words are still echoing:

Hey Iran, can you please not bomb any oil facilities?

What’s next? A Trump letter to Khamenei expressing love and admiration?

What exceptionalism when we let a third world country jerk us around like a stuffed toy?

Let it be known that if the United States does not put Iran in its place after attacking major oil facilities in Saudi Arabia, we can no longer call ourselves a superpower. Those days are gone. Finished for good.

Who authorized Conway to “beg” for Iranian forgiveness on national TV? Who else but Trump himself?

This old dog is all bark and no bites.

All Trump wants is to negotiate so the cameras can follow him like the god he thinks he is. From day one. With North Korea, with Russia, and now with Iran. It is all about attention for this dumb president of ours.

Khamenei at this point must be thinking:

If I bomb more oil facilities, Trump would panic and lift all the sanctions just to meet. He cannot afford oil prices of $4 a gallon at the pump with elections around the corner. I got him where I want him. What a moron!!!

When our President is a joke, so are our policies. Especially in the sensitive regions of the world where conflicts can erupt quickly. Why say “Locked and Loaded” when you never had the intention of locking or loading?

The joke really is on his followers. He keeps taking them to the cleaners with abhorrent lies and make-believe statements. At heart, our President is a 4-year old child looking for attention. “Locked and Loaded” gave it to him momentarily. However, the repercussions from empty threats are long lasting and most lethal to our interests.

Who is forcing whom to the negotiating table? Trump does not even realize that the missiles that hit the Saudi oil installations also destroyed whatever strategy he had in mind to force the Ayatollahs to negotiate. Why? Because he is unwilling to respond except with hollow threats.

Don’t try to explain this notion to Donald Trump. Just not the man for deep thinking, or sensible ideas.

How did great America ended up with an idiot at the White House?

Who is Forcing Whom to the Negotiating Table