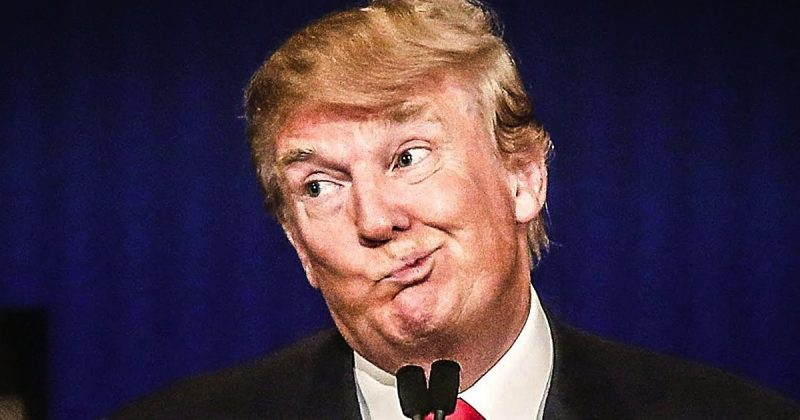 March 23, 2019 5:23 am 0
Hey Pentagon Why Nigeria and Not Syria
Trump Wields Twitter Like Hitler Wielded the SS
Everything Putin Would Do To America Trump is Doing

Many have questioned Trump’s Intelligence Quotient in light of his decisions, statements, and sheer ignorance of the real world. But here, at TFS, we have irrefutable proof Trump is dumb. Follow our logic below.

On several occasions, Donald Trump made impromptu statements about leaving Syria. His instincts were focused on the Moscow Trump Tower his lawyer Michael Cohen testified the President was still pursuing in the middle of his 2016 campaigning. He based his arguments for leaving Syria on the costs associated with our international democracy campaigns. Trump believes the U.S. is chasing its tail in far away countries. His last statement about leaving Syria was in December of 2018.

Then, people who knew better kicked in high gear. Leaving Syria, after all, also means leaving Syria to Iran. Congress, advisors, the media, the Pentagon, the Intel community all said it was a bad idea. On one side, you had Trump, and on the other almost all of our institutions and experts to include Trump’s own cabinet-level appointees.

Someone explained to Trump a very simple concept. The Jewish-American money matters when it comes to Israel’s safety. Not because of dual-loyalty, but because when Hitler committed his horrible crimes, Jews had nowhere to go. To many, Israel is an insurance policy. Exiting Syria puts Israel at risk. Money earmarked to influence elections in 2020 would find its way into the coffers of his opponent. Dumb Trump did not grasp that concept even though he lived all his life in New York.

LIGHT SWITCH IS ON

After someone explained why leaving Syria may jeopardize his chances of winning in 2020, Trump had a change of heart. He slowly backed away from leaving Syria while putting out some face-saving spin BS.

Then, suddenly, he began tweeting that Jews are abandoning the Democratic Party in favor of his candidacy. Suddenly, it dawned on him that not leaving Syria might have a positive impact on his own elections. Even though many writers refuted his claim.

At any rate, Trump put two and two together. He started embracing the importance of Jewish supporters in 2020 even though he did not grasp that simple idea when he ordered our troops out of Syria. This is an irrefutable proof Trump is dumb. Really dumb.

To force the issue, Donald Trump doubled-down on using Syria’s Golan Heights as a bait to attract the serious Jewish donors in 2020. Whether this tactic would yield the results he is dreaming about remains to be seen. But now, suddenly, the president understands the importance of Israel to many American Jews. It is their last refuge should another monster rise to oppress them and try to exterminate them.

Donald Trump is not a bright president. His followers are exactly like him. How did we elect such a n embarrassment to the highest office in the lands? Let us hope Mueller’s investigation reveals the answer to this question.