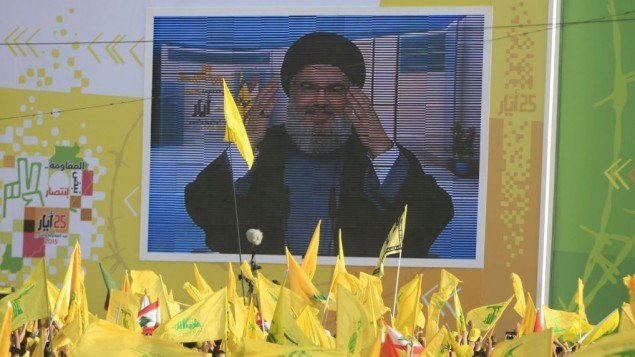 US Picking Hezbollah Front Men One by One

January 8, 2016 5:27 am 0
Help the Iranian Opposition
Crocodile tears president cries for the Jews
While we were dreaming of ISIS

The United States named an alleged financier of the Hezbollah to its sanctions blacklist Thursday in a mounting effort to crack down on the group’s financial resources. US picking Hezbollah front men one by one.

The sanctions freeze any assets of Charara and Spectrum under U.S. jurisdiction and forbid Americans from doing business with them.

It was the first such move since President Barack Obama signed a new law in December making it easier to target Hizbullah’s finances.

The United States has officially labeled Hezbollah a terrorist group and has already taken actions against its business network, which spans to West Africa, where Charara has interests in the telecommunications sector, the Treasury said.

Back in June, the US blacklisted 3 Hezbollah businessmen Adham Tabaja and his Al-Inmaa group of companies, Kassem Hejeij and Husayn Ali Faour, and the company he manages, Car Care Center.

Also in July of 2015, four other Hezbollah front men were sanctioned. The Treasury named Mustafa Badr Al Din (in charge of Hezbollah’s military operations in Syria), Fu’ad Shukr and Ibrahim Aqil, both members of Hezbollah’s top military body, the Jihad Council, and both involved in the group’s military activities in Syria, in support of the Assad regime.

Also named was Abd al Nur Shalan, which the US called the “point person for the procurement and transshipment of weapons and materiel for (Hezbollah) and its Syrian partners for at least 15 years.”

US picking Hezbollah front men one by one.

US Picking Hezbollah Front Men One by One