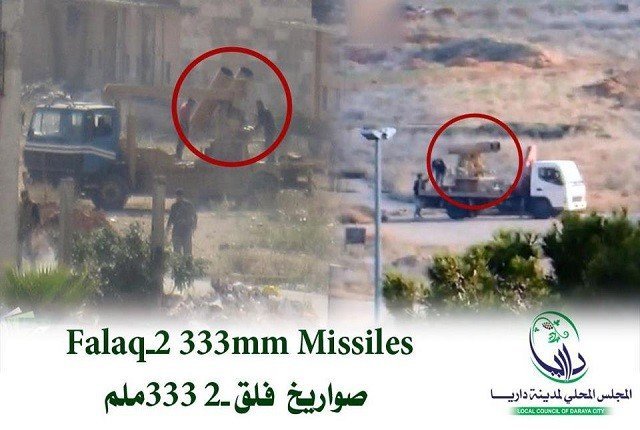 October 14, 2014 6:25 am 0
Falafel Was Invited to Interview Hezbollah’s Chief Before Speech
Hezbollah Terrorism: Up to 40,000 civilians are starving in besieged Madaya
It’s Official, Syrian War Has Turned Regional

“Our reservations are about Iran’s policy in the region, not about Iran as a country or people,” Prince Saud said at a joint news conference in the Red Sea city of Jeddah with Germany’s Frank-Walter Steinmeier.

“In many conflicts, Iran is part of the problem, not the solution,” Prince Saud said, charging that Shiite-dominated Iran had forces in Syria “fighting Syrians”.

“In this case, we can say that Iranian forces in Syria are occupying forces,” aiding President Bashar al-Assad, whom he described as an “illegitimate” leader.

Saudi Arabia and other Sunni-ruled Gulf states support rebel groups which have been battling Assad since March 2011 in a war which has killed more than 180,000 people.

Assad receives financial and military aid from Iran, which denies having fighters on the ground.

He is also backed by combatants from Lebanon’s pro-Iranian Shiite movement Hezbollah.

“If Iran wants to be part of the solution in Syria, it has to pull its forces from Syria. The same applies elsewhere, whether in Yemen or Iraq,” the Saudi minister said.

Iran is accused of backing Shiite rebels in Yemen who overran the capital Sanaa on September 21.

Bonded by Shiite Islam, Iran and Iraq have grown closer in the realms of government and security since the toppling of Sunni leader Saddam Hussein in the 2003 US-led invasion of Iraq.

Among the many groups fighting Assad is the Islamic State (IS) jihadist group, which Saudi Arabia and four other Arab nations are now battling under a US-led coalition.

The Arab states have taken part in or given support to coalition air strikes against IS militants in Syria.

The Sunni extremist IS has seized large parts of Syria and Iraq, declaring a “caliphate” where they have been accused of carrying out widespread atrocities, including mass executions, crucifixions and beheadings, and forcing women into slavery.

Such extremism “has nothing to do with Islam”, Saudi King Abdullah said last week.

Steinmeier said the IS was “a threat to the entire world”, noting that thousands of foreign fighters, including young Germans, had joined up.

“We agree on the fact that we must work together against IS,” the German minister said, adding a military approach must be part of a political strategy.

Steinmeier said Tehran should realise that IS and similar “terrorist groups ultimately represent a threat to Iran, not only to Sunni states,” hoping for “cooperative behaviour” from the Islamic republic.

Analyst Abdulaziz Sager, chairman of the non-profit Gulf Research Center, wrote in Monday’s Arab News daily that it was time for Germany to adopt a more prominent political role in the region in keeping with its economic clout.

“What the Middle East needs now is a more proactive Germany working both on the front and behind the scenes,” he said.