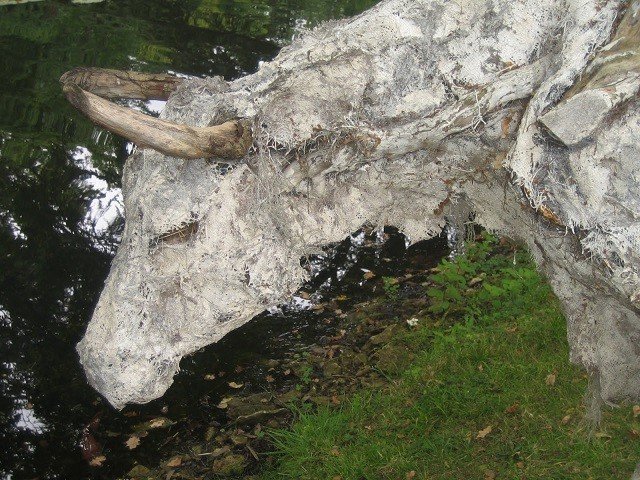 October 12, 2014 11:14 am 0
I would rather vote for a gorilla than for Assad
Salah-Eddine al-Ayoubi Army (Part 1)
For Heaven’s Sake, We Are the United States of America

Has Assad become a burden and a tit-less old cow?

Did you know that when the Free Syrian Army began battling the Assad regime in late 2011 many of the regime’s elites abandoned Syria? Even Bushra, Assad’s sister, now lives in the UAE.

Many were willing to desert their country because their own security is not negotiable. Compare this fact to the Hamas terror attacks, which united Israel and coalesced its people. This alone should be enough of a warning about the regime’s sustainability.

Here is why I believe Assad is a tit-less old cow no one can milk anymore. His survival rate is 0% no matter what is your angle of view.

Syria’s economy is in financial shambles and almost non-existent. A war that carves away up to 70% of the country, and 70% of its people are fighting their own government is not feasible economically, especially that the country’s main pipelines of revenues have wilted away. Assad no longer controls the oil fields in the north and the Kurdish separatists will not be willing to abdicate their only source of power back to Assad. Tourism is dead, and much of the labor battling Assad today sustained the Services and the Agricultural sectors of Syria’s economy.

If it were not for the handouts by Iran and Russia, the regime would have collapsed long ago. It is normal that a tit-less old cow cannot survive without support.

From a military perspective, true that the Assad forces have gained much experience on the battlefields but the same forces also lost many of their assets to the FSA and, lately, to the extremists. The Syrian Army is depleted of a good portion of its sources of traditional power in the form of sprawling military bases; and even when Assad recaptures back the bases, he loses control as quickly because his forces are spread too thin.

Considering the war crimes Assad committed, this war is anything but finished if he and the thugs around him remained in power. Because of its terror and its extortionist practices, the Assad family has made many in the Arab world their enemies. To pile on top of that, now comes the Assad crimes many Syrians who suffered from its barbarism will never forget or forgive. An army that has to expect terror and suicide bombings from the majority of Syria’s population to become its worst enemy cannot defend the country or its regime.

As far as the Russian support is concerned, the Assad family has been a reliable ally ever since Hafez al-Assad traveled to the Soviet Union, in 1958, for his Air Force training. This alliance has produced the many vetoes at the UN barring anyone from dislodging Hafez son from power. Eventually, though, I believe Russia will have to pursue its own interests in a new century when regimes of extreme terror cannot possibly survive the extreme terror they themselves attract.

Even Putin must realize his country has milked the Assad cow for four decades and it has become decrepit and tit-less. Moreover, Russia is sustaining this tit-less old cow financially today as if it is sustaining her own psycho child committed to an asylum. Assad has become quite a financial burden.

Either the US and Russia can agree on a formula soon or the US will find a way in the future to trade one Russian request for Assad with a replacement that can be friendly to the West but also mindful of the security needs of the Orthodox Church and all the minorities in Syria.

Although I must say, to defuse the tensions between the Sunnis and the minorities, many Syrians want Assad and his clique of mass murderers to be prosecuted for war crimes, which may be the reason Russia is stalling today for any common ground solution.

Meanwhile, the Assad regime, out of an urgent need, has developed its own Plan B, which began to take shape the day the regime reclaimed Homs. Plan B calls for carving a region for the minorities, the way the Kurds have carved theirs in the north, to include the coast of Syria with enough defensible lands to the East. The region will be contiguous with the Hezbollah-controlled Baalbek region in Lebanon. Plan B means Assad is deposed.

As far as the minorities are concerned, Plan B does not represent their best option; I believe many would prefer to find a solution where their security needs are met, and so are the needs of the opposition in the idea of shared governance. Living, a la Gaza, with no sources of income will be quite a challenge for a new government in Tartous staffed by suntanned men.

How long before Assad falls depends on the US and Russia; but it also depends, unfortunately, upon the terror the regime will face incessantly if it survives.

Of course, I could be very wrong, and tomorrow we may all awaken to find the UN has recognized Kurdistan, Saudi Arabia has annexed Qatar, Iran’s new flag is all green, and Putin is on the run trying in vain to secure his stash of rubles.

Assad Prosecution for War Crimes Is Inevitable
Bashar Assad may be weaker than he thinks
Iran, Russia may depose Assad when fiscal obligations accumulate
Radicalism 567