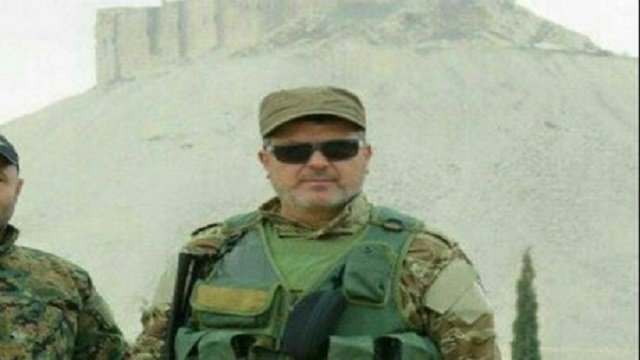 Hezbollah is Running Out of Commanders to Fight in Syria

A senior Hezbollah military terrorist commander has been killed in battles in the northern Syrian province of Aleppo, media reports said on Friday. Hezbollah is running out of commanders to fight in Syria.

Ali Fayyad, aka “Alaa of Bosnia”, has been killed in the ongoing clashes with Syrian rebels on the Athrayya-Khanasser road in rural Aleppo.

The terrorist Fayyad was known to have “planned, overseen and led” a key part of the starvation siege that was imposed against the innocent Syrian civilians in Damascus’ Eastern Ghouta region, according to the reports.

He also played a key role in the capture of the strategic Syrian town of Shebaa that lies on the road to the Damascus international airport.

“Fayyad also led a military operation to besiege the Syrian rebel groups and isolate them in the south of the Syrian capital after having pushed them away from the area of the Sayyida Zeinab (Shiite) shrine,” the reports said. The man was a serial starvation expert.

His military tactics also played an important role in “halting the Syrian rebels’ advance towards the Syrian coast.” His tactics died with him too.

Hezbollah has deployed at least 6,000 militants to fight alongside Syrian psychopath Baschar al-Assad’s forces against moderate rebels and jihadists and around 1,000 Hezbollah members have been killed in Syria since the start of the conflict. Hezbollah is running out of commanders to fight in Syria.

The party argues that its intervention, which is controversial in Lebanon, was necessary to protect the country from extremist groups and to prevent the fall of Syria into the hands of hostile forces.

To the millions of Syrians who survived, they consider Hezbollah responsible for killing so many Syrians. Millions more have owed to make the Hezbollah terrorists pay for their crimes.

Hezbollah is Running Out of Commanders to Fight in Syria