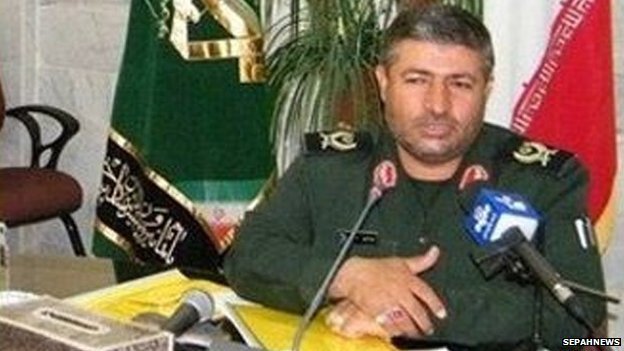 January 21, 2015 7:09 am 0
Now, I Know How Israelis Feel
An Intelligent Citizen’s Guide to Iran Policy
What Did Kerry Trade for Assad’s Barrel Bombs?

A lot is taking place around the region that we should not ignore.

Here is my Twitter Plus January 21 for each newsworthy story:

Haaretz wants Netanyahu to answer to helicopter attack that killed an Iranian General and Jihad Moughniyah in Quneitra.

Maybe the editors of Haaretz should learn more about who Brigadier General Mohammad Ali Allah Dadi is before playing politics. Here is a short snippet. Just his title should be enough to bring us some relief.

Qods Force member IRGC Brigadier General Mohammad Ali Allah Dadi was killed in an Israeli airstrike in Syria. Allah Dadi served in the 27th Mohammad Rasoul Allah Division before commanding the 18th al Ghadir Brigade based in Yazd, and later joined the Qods Force. Allah Dadi is one of the highest ranking IRGC members to be killed in the Iraq and Syria conflicts, following the death of IRGC Brigadier General Hamid Taghavi in Iraq in December.

A top European Union court has upheld sanctions imposed on the uncle of Syrian President Bashar Assad, including an asset freeze and visa ban.

The EU’s General Court in Luxembourg on Wednesday dismissed the Syrian’s appeal to have his name removed of a list of close associates against whom the 28-nation EU imposed sanctions in 2011.

The court said the EU succeeded in proving that Mohammad Makhlouf “is a member of the ruling economic class in Syria” while it cannot be denied he “has a decisive influence, as a principal adviser, over all the primary circle of rulers of the Syrian regime.”

More than 200 people are subject to EU sanctions related to Syria.

If he appealed, my guess the assets were considerable since he may be the one trusted by Anissa Makhlouf, mother to Baschar al-Assad, to invest the funds she inherited from her late husband Hafez. One day, we will all know how many billions the Assads extorted from rich Arab Gulf countries.

At Davos, Saudi Prince calls for US to stop Assad, not ISIS

U.S. policymakers should concentrate on eliminating the threat posed by Syrian President Bashar al-Assad instead of Islamic State militants in Iraq and Syria, according to an influential member of the Saudi Arabian royal family.

Prince Turki bin Faisal Al Saud told CNBC at the World Economic Forum in Davos that the reason why Islamic State exists is because of what’s happening in Syria and has called on U.S. authorities including the government, the Central Intelligence Agency and the military to act.

Assad and ISIS, I say. Enough terror and violence.

My guess the source is none other than John Kerry defending his brother-in-arms the mass murderer Baschar al-Assad. Wonder if Kerry had been visited too many times by the Tooth Fairy!

Fools are those who believe Assad will comply with any western demands. We never learn, do we?