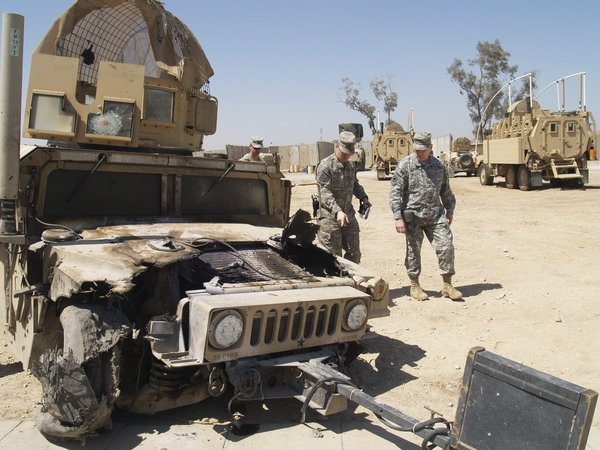 The attacks the Iranian regime conducted against our troops in Iraq remain fresh on many minds in Washington; to include our armed forces across the country. The new National Security Adviser John Bolton readies himself to take the post on April 19. Is it possible Trump abandoning Syria is just a prelude to Iranian regime change?

Is it possible that the single attack that took place yesterday killing one U.S and one British soldier a signal by Iran that our soldiers could be at peril in Syria if Trump pursues an Iranian regime change policy? After all, hiring John Bolton sends a clear message to Iran.

Is it possible Trump is removing our troops out of harm’s way before he announces his plans for Iran? Or is it simply that Trump abandoning Syria is part of a larger non-interventionist doctrine his candidacy dolled out repeatedly during his campaign stomps?

Countries like Saudi Arabia have not issued any public concerns for this policy change. This may indicate it is the former than the latter.

The Military Times Pentagon news outlet has linked Iran directly to the death of 500 brave U.S. Marines in Iraq. The truth, though, is that Khamenei and Assad, using proxies like al-Qaeda, were behind most of the deaths of our troops in Iraq. Iran invented, manufactured, and delivered the IEDs to our enemies. IEDs were the single most lethal weapon used on side roads to kill and maim U.S. Marines in Iraq.

There are over 2,000 Special Forces in Syria exposed to Iranian terror. It is possible, therefore, that Trump’s decision to abandon Syria is a tactical move to protect our forward bases in this ravaged country. In anticipation of some announcement, come end of April, of what Donald Trump may be planning for Iran and the JCPOA. If he abandons the JCPOA, it makes sense to also abandon Syria to protect our troops.

Iran must not get another chance at making America its target practice of terror. We must not fall for another one of their ruse. This means we must not allow our troops in Syria to be exposed to the terror of the Mullahs. Their terror may have already started with Bolton’s appointment.

We hope this is the real reason. The last any American wants to hear is that our President just sent a gift to Vladimir Putin at the expense of our own interests.